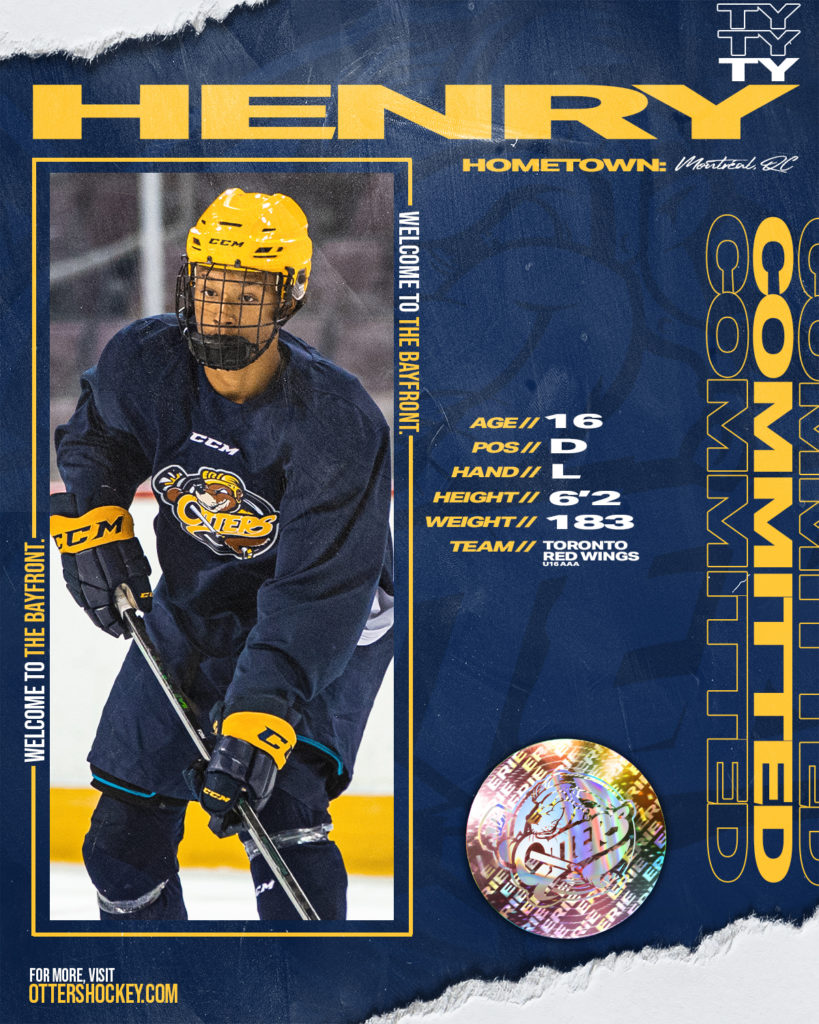 Henry, a 16-year-old from Montreal, QC became an Otter after being taken 109th Overall (6th Round) in the 2022 OHL Priority Selection Draft. This came for the blueliner after a 33-game season with the GTHL’s Toronto Red Wings U16 AAA, where he grabbed 18 points (8G+10A). Henry spoke highly of the organization following his first-ever OHL Training Camp.

“Being drafted by the Otters has been one of the greatest moments of my life. The time spent at Training Camp was filled with nerves, excitement, and an abundance of faith. To be asked to be part of this organization is what dreams are made of.” said Henry, “I am thrilled and ready to represent this awesome organization, my teammates, and my family in the upcoming preseason.”

“Ty is an athletic, two-way defenseman with good feet and the ability to turn pucks up quickly in transition.” said Grieve, “We are excited to welcome Ty and his family to the organization.”

Co-Director of Scouting Devin Brown had commended Henry’s blueline ability during the Draft.

“Ty is a defender with great tools. He has good size, a high IQ, quick feet, and an ability to generate offense.” said Brown, “Ty plays hard in all situations of the game.”

The 6’2, 183 lbs. Defenseman most recently competed in the Otters’ Training Camp, which took place last week at the Erie Insurance Arena. The Otters officially welcome Ty to the Flagship City, and look forward to seeing his skills and abilities grow and develop with the organization as the preseason begins.

The OHL Preseason begins this Friday, September 2 at 7:00 P.M. as the Erie Otters host the reigning league champion Hamilton Bulldogs. Tickets are on sale now at OttersHockey.com