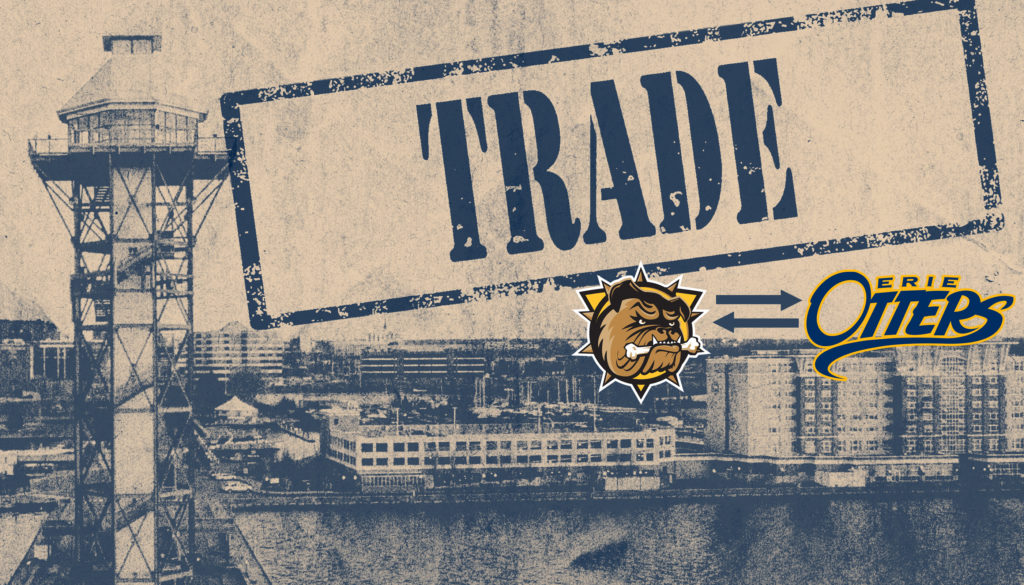 Wainman, selected 71st overall in the fourth round of the 2015 Ontario Hockey League Priority Selection by Erie, has spent parts of the last three seasons with the Otters. Over his 131 game OHL career the 19-year-old blue liner has accumulated 26 points (5G-21A) and 42 PIM. The Peterborough, Ontario native appeared in three postseason games during Erie’s 2017 OHL Championship run, including a crucial game four victory in Mississauga.

“We would like to thank Josh for his contributions and dedication to the Erie Otters since joining the organization three years ago,” said Dave Brown, Otters General Manager. “He consistently represented the Otter way during his time in Erie and helped relay that message on to our younger players. We wish Josh the very best this season with Hamilton.”