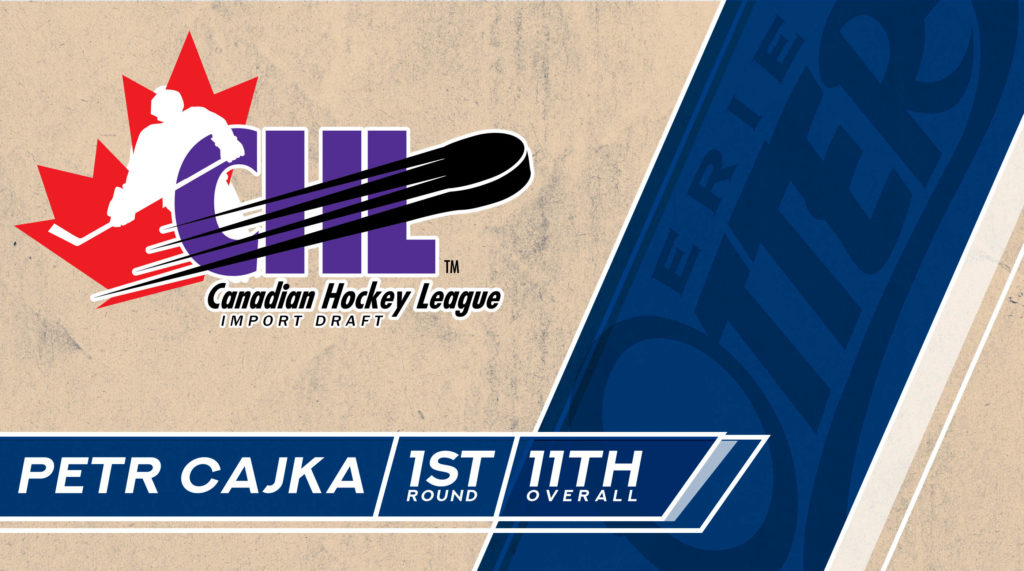 Erie, Pennsylvania – The Erie Otters used their first-round selection in the 2018 Canadian Hockey League Import Draft to select Petr Cajka 11th overall from Zug U20 of the Switzerland Elite Jr. A league.

“We are thrilled to be adding a player like Petr,” said Erie Otters General Manager Dave Brown. “He’s a slick, smooth skating center who is responsible and has a very good hockey IQ. As a late 2000, Petr enters this season as a player who has garnished a great deal of interest leading into the 2019 draft based on his efforts and hard work, and we’re excited to be able to assist him through the process.”

Cajka, a 6’0”, 163-pound forward, appeared in 38 games for Zug during the 2017-18 season, tallying eight goals and 21 points, while adding another goal and two points in eight playoff games. The Kadan, Czech Republic born forward suited up for his home country at the 2018 U18 World Junior Championship in Russia this past spring where he scored a goal and recorded three points in seven games. During the tournament, Petr’s two point game, including the game winning goal, helped the Czech team eliminate Canada 2-1 in the quarterfinals and eventually earn a berth into the bronze medal game where they fell to Sweden 5-2. The 17-year-old is a late 2000 birth year and is eligible for the 2019 NHL Draft.