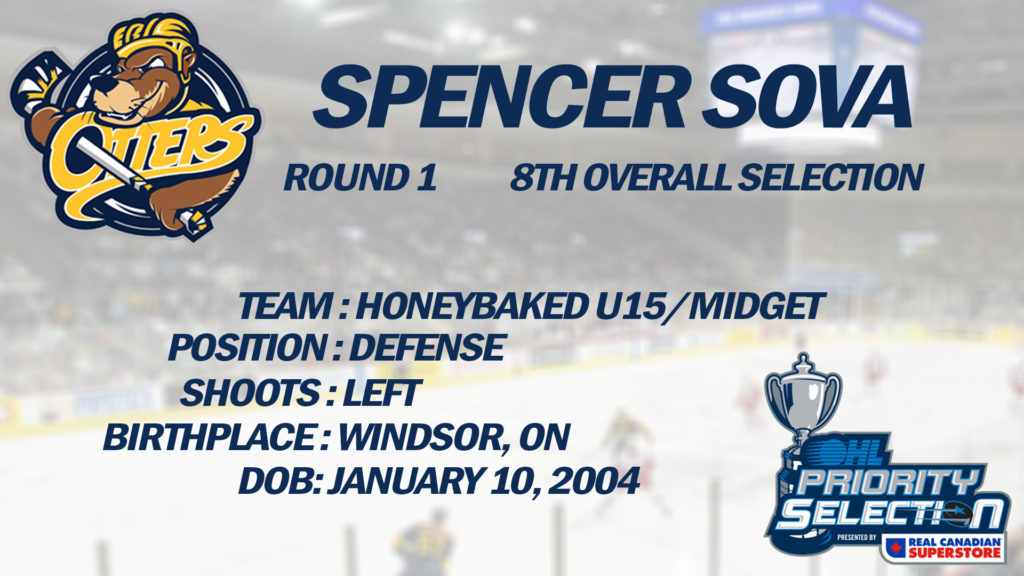 Sova, a 6’1”, 174-pound defenseman, appeared in 14 games with Detroit Honeybaked U15 during the HPHL season. The Windsor, Ontario native tallied seven points (2G-5A) along with 15 PIM during the 19-20 season. The 16-year-old also spent time with Honeybaked’s Midget squad, playing in 57 games averaging a point per game (19G-38A) pace.

OHL Priority Selection Information Guide: Spencer has all the tools to be an elite defenseman at the next level. He has the ability to dominate the play and take over a game when he wants to. He is a powerful and strong skater that gets up to top speed quickly with great edge work and mobility. He has a hammer from the offensive blue line and moves his feet well to create lanes for himself. His coaches did a great job with his team, and he was a product of that. He will have no problem stepping up to the next level.