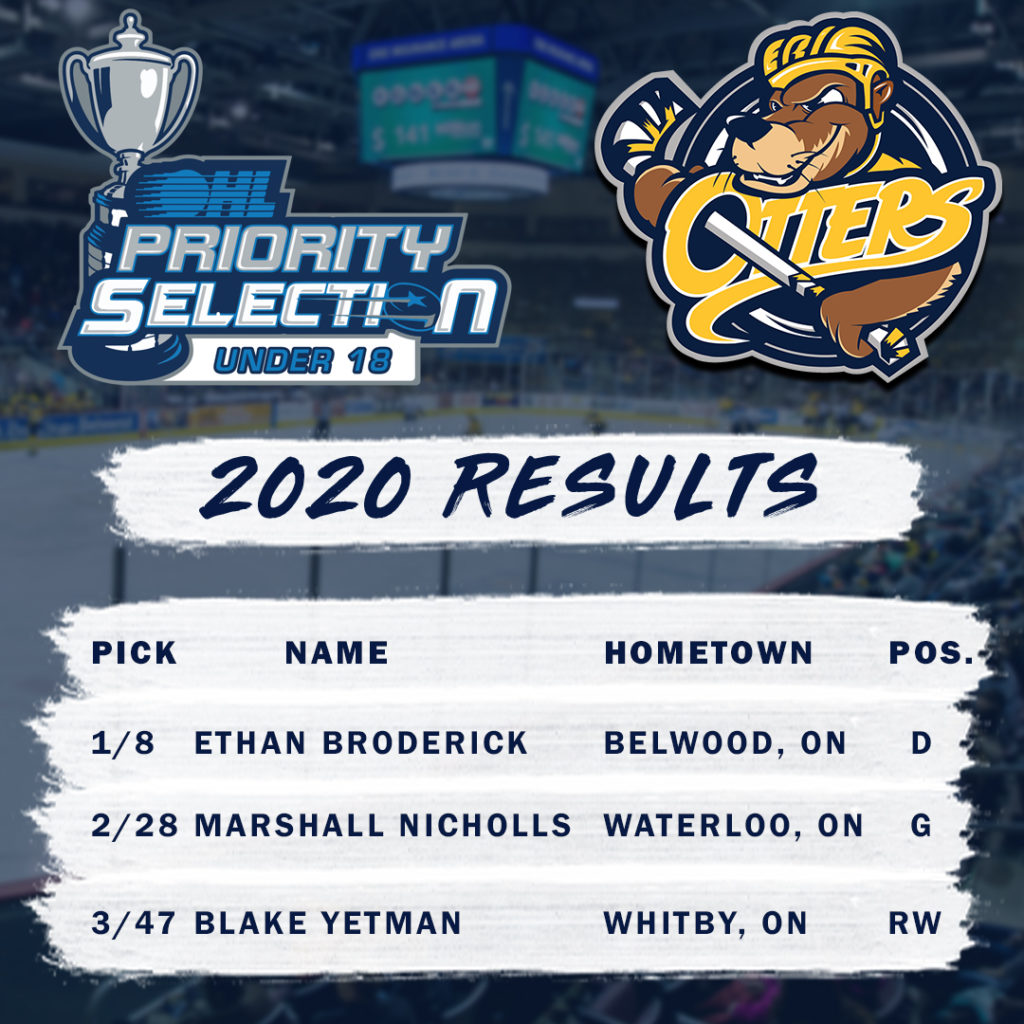 The 28th overall selection was used to select goaltender Marshall Nicholls of the Waterloo Wolves. The Waterloo, Ontario native posted a 1.55 goals against average in 18 games played in the 2019-20 season. The 16-year-old stands at 5’10” and weighs in at 155-pounds.

Yetman comes to the Otters with the 47th overall pick after Erie utilized their second-round selection on a goaltender to qualify for a third-round choice in the draft. The 17-year-old winger posted 69 points in 36 regular season games with the Whitby Wildcats last season. The 5’9”, 128-pound Whitby, Ontario native is the younger brother of current Erie Otters forward Chad Yetman.

The Ontario Hockey League introduced the OHL Under-18 Priority Selection in 2017 with full support from Hockey Canada’s three Ontario Branches including the Ontario Hockey Federation (OHF), Hockey Eastern Ontario (HEO), and Hockey Northwestern Ontario (HNO), to assist in the growth of Midget hockey and provide further opportunities for players at different stages of their hockey development.

Detailed accounts and player profiles can be found in the Erie Otters 2020 Draft Hub by visiting ottershockey.com.