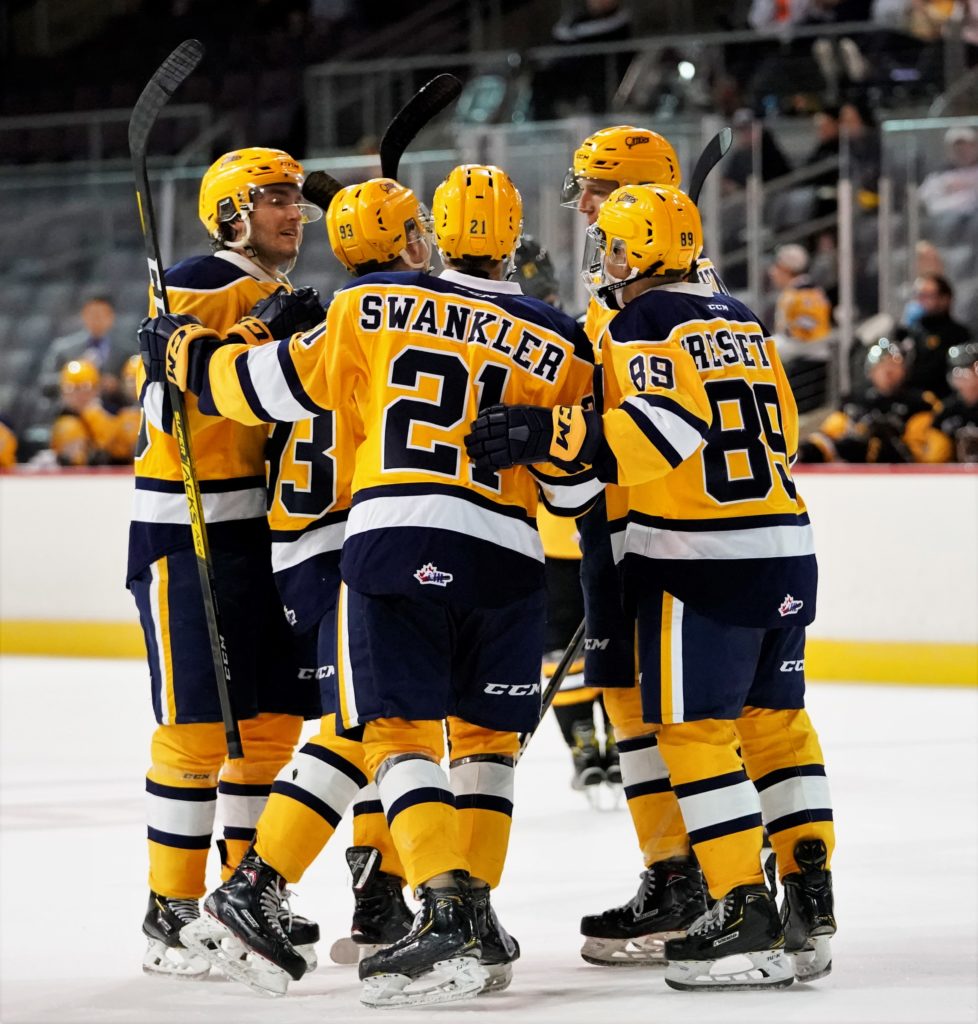 Erie, Pennsylvania – Seven different goal scorers and 18 saves from Daniel Murphy helped the Erie Otters roll over the Hamilton Bulldogs by the score of 8-0 to open their exhibition schedule on Saturday night at the Erie Insurance Arena.

Brendan Hoffmann opened the scoring at 3:08 of the first period when he finished off an odd man rush on the back door. Emmett Sproule would notch his first of the night at 11:15 of the frame to give Erie a 2-0 that they’d carry into the intermission.

The Otters continued a relentless attack as they would go on to outshoot the Bulldogs 41-18, while padding the lead with goals from Mathew MacDougall, Brendan Sellan, and Noah Sedore. Erie carried a 5-0 lead into the third period where they continued to carry the pace of play. Erie Added another three goal frame with Sproule picking up his second of the night, while Austen Swankler and Kurtis Henry picking up their firsts of the preseason.

Erie will host the Hamilton Bulldogs again tomorrow afternoon at 2pm for a preseason rematch, before closing out their exhibition schedule with a pair of games against the London Knights on September 13th and 14th.