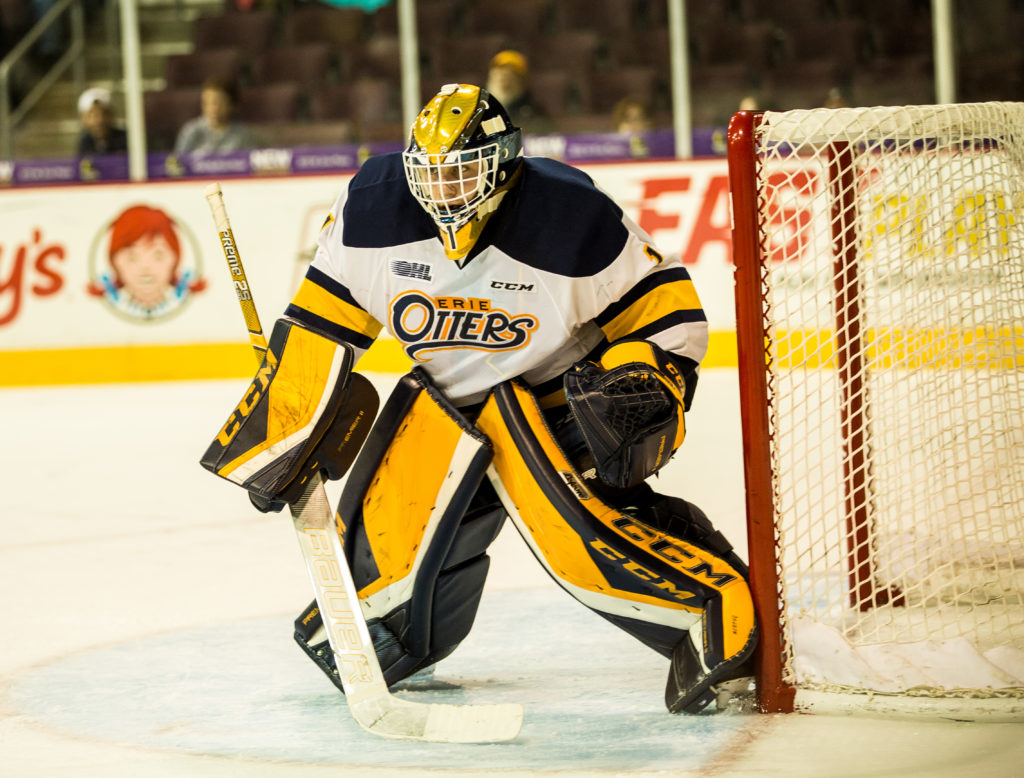 NORTH BAY, ON – The Otters headed for North Bay on Thursday night where they took on the Battalion for the second time in five days. Things were slow to start, but eventually got going in the last two minutes of the opening frame when the Otters found the back of the net on a redirect by Chad Yetman on the first powerplay chance of the evening.

The second period played much like the first, with each team having their chances in the opponent’s zone. Neither team managed to find the back of the net and the Otters headed to the locker room with the game’s only goal heading into the final period.

The third period got off to a quicker start on a goal from Gera Poddubnyi that elevated the Otters’ lead to two. This only lasted for a few minutes until Justin Brazeau found the back of the net for the Battalion, bringing the home team within a goal. The Otters fended off the Battalion front for the majority of the period until Brandon Coe broke through and evened the score up with just three minutes remaining. Things picked up even more in the final minute when the Battalion pulled ahead with a highlight reel backhander from Justin Brazeau, followed immediately by a Joe Mack goal for the Otters to tie it back up, forcing overtime.

With neither team converting in overtime, the teams headed to a shootout to decide on a winner. With only three shooters scoring in the opening rounds, the teams traded shooters until Brendan Sellan scored in the 12th round to win the game for the Otters. Other Otters scorers were Danial Singer and Maxim Golod. Daniel Murphy stopped ten of twelve Battalion shootout attempts.

The Otters will head to Sudbury to take on the Wolves tomorrow night at 7PM.