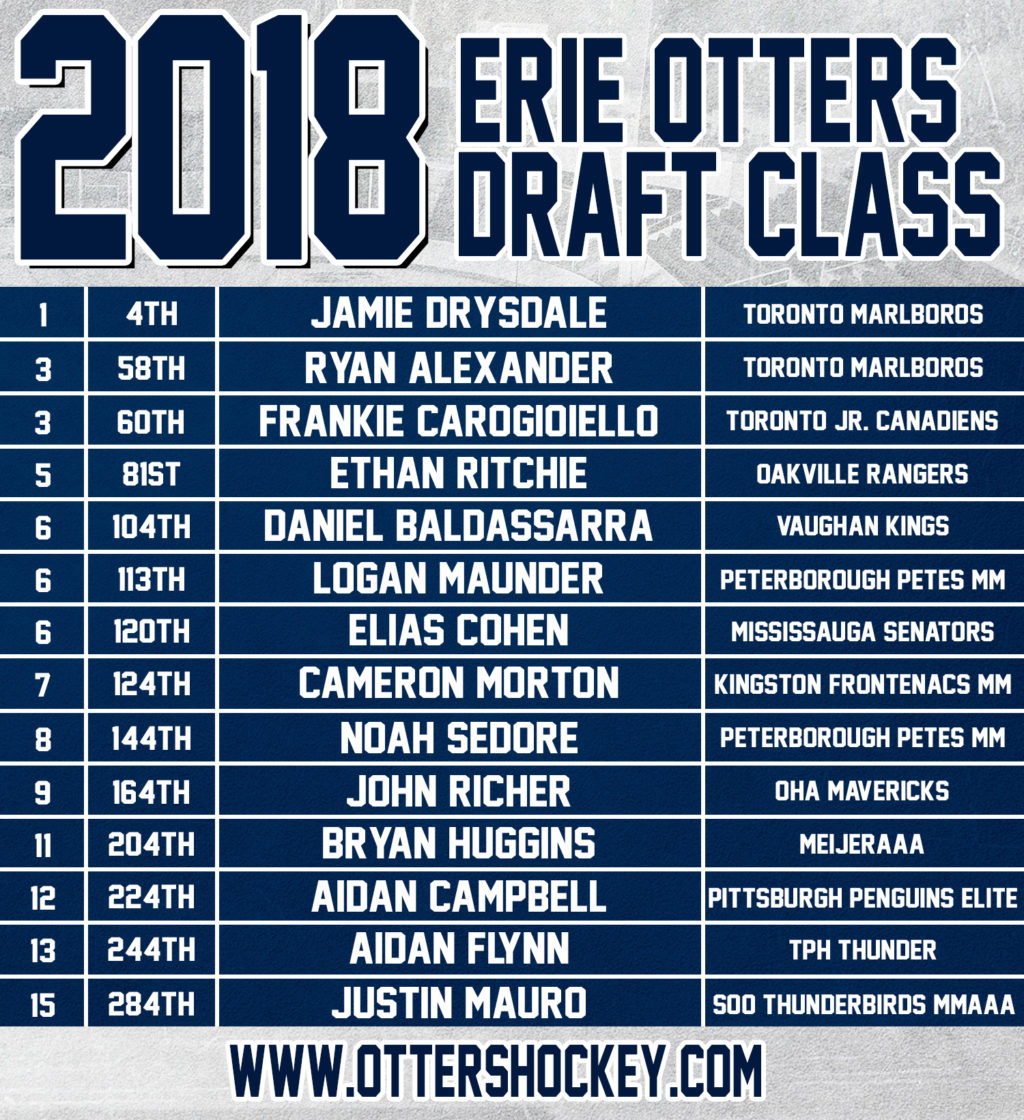 Erie, Pennsylvania – The Erie Otters added 14 to their list of prospective players with their choices at the 2018 Ontario Hockey League Priority Selection, including seven forwards, six defensemen, and one goaltender.

The Erie Otters 2018 OHL Priority Selection class is as follows:

The Erie Otters 2018 OHL Priority Selection class, as well as previous draft classes, will attend orientation camp this spring. Details, including roster, dates, and ice times, will be released in the near future.