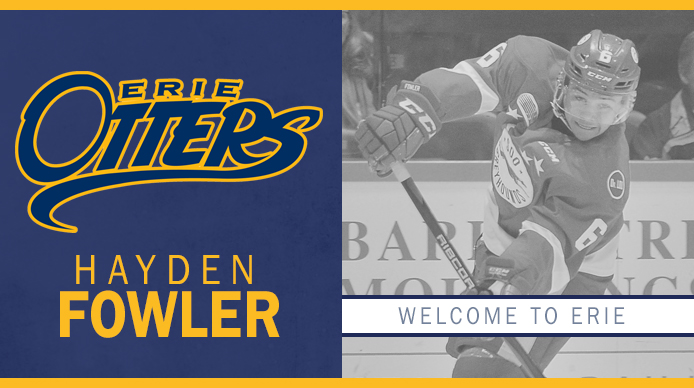 The deal sees Erie part with Taylor Raddysh and Jordan Sambrook, who were integral members of the 2017 OHL Championship Otters team. Raddysh, a Tampa Bay Lightning prospect and gold medal winner with Canada at the 2018 IIHF World Junior Championship, ends his career in Erie seventh all-time in goals, assists, and points with 102-151-253 in 213 games played. Sambrook, a Detroit Red Wings fifth round pick in 2016, ends his tenure with Erie tied for third in defenseman goal scoring and ninth in defenseman points with 31-60-91 in 166 games played as a member of the Otters.

“Both Taylor and Jordan were instrumental in helping us create memories that the city of Erie, the organization and teammates will remember forever and we’re evermore thankful for their contributions,” said General Manager Dave Brown. “But today we had an opportunity to acquire and restructure our future. In acquiring Hayden, we have brought in a young man who carries many of the core traits this organization wants in a player in the locker room and on the ice. We are thrilled with what Hayden can add to our already exciting group.”