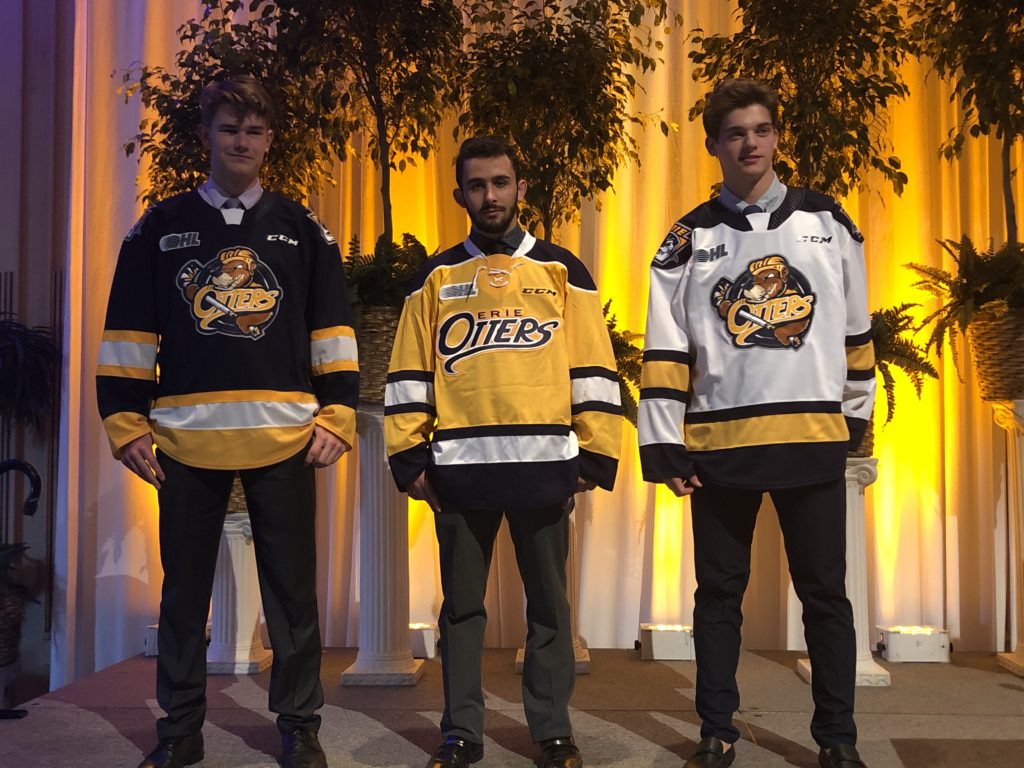 “We’re proud to reintroduce the ‘otter’ logo in this modernized and updated color scheme that connects our storied past with our bright future,” Otters Director of Business Operations Jaime Cieszynski said. “Everyone felt strongly that the original animal logo was a large part of our identity in the Erie community and we’re excited to welcome the look back onto the ice.”

The reveal sees the team return to the original otter character logo with a more modernized look, updating its primary emblem to the organization’s current gold, navy, and white color scheme. This updated primary logo will be featured on the team’s new navy jersey and their current white jersey. 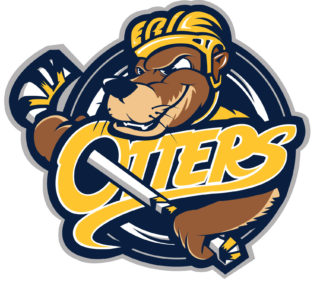 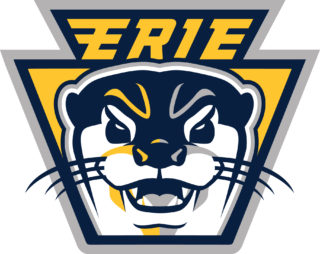 Brand new to the team is a secondary logo that will be displayed on the shoulders of the team’s gold and navy jerseys. This new insignia highlights the ferocity of the North American river otter with a more realistic look at the mammal for which the team was named after. The “angry otter” is placed in the popular keystone symbol used throughout Pennsylvania highlighting the state’s nickname as the “Keystone State.”

The Otters script logo and gold jersey, introduced in 2013 and synonymous with the 2017 OHL Championship team, will remain in the team’s collection as its alternate third jersey and will be used on special occasions.

The new, modernized look of the team’s primary identity was designed locally by Tungsten Creative Group. Since 2001 Tungsten Creative Group has delivered full-service creative marketing and advertising services to clients locally, regionally and nationally, and from many industries including higher education, health care, nonprofit, manufacturing and more.

“Joe Weunski and Corry Lino, along with the entire team at Tungsten Creative, are invaluable to us and to Erie,” Cieszynski added. “They understood how important it was for our logo to connect with the team’s origins while also modernizing our identity. Both the redesigned primary logo and the Keystone logo graphically, and emphatically, state “Erie” and “Otters” in two very different interpretations. We’re thrilled with Tungsten’s creativity and could not be prouder for these logos to represent our organization.”

Otters fans will see the new look in action when the 2019-2020 season begins in the fall with merchandise available come September. Erie Otters season ticket members will get the first opportunity to purchase the team’s new jerseys through a presale that will be held throughout the summer.