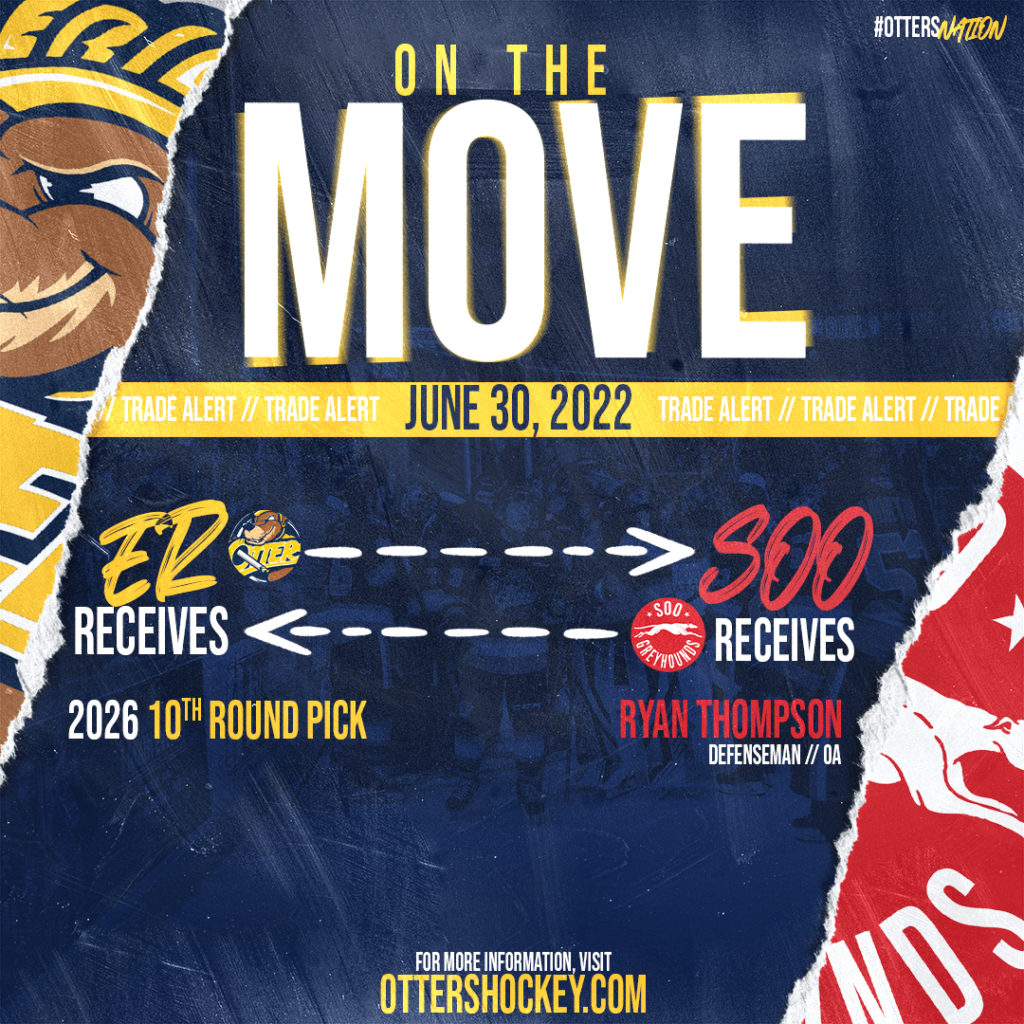 During his lone season in Erie, Thompson overcame an early-season injury to become a staple of the team’s defensive corps., suiting up in 50 games. A consistent, stay-at-home defenseman, Thompson never shied away from using his big frame to throw a check, or dropping his gloves when needed. Thompson scored his first career OHL goal on January 17, 2022 at the Erie Insurance Arena in a win over Saginaw; weeks later, he’d net his first career game-winning goal on the road in Saginaw in a 4-3 win.

Otters’ General Manager Dave Brown spoke highly of the ability and the attitude of Thompson during his season in Erie.

“It’s always a difficult time when you are forced to reduce your Overage candidates. Ryan was someone who contributed majorly to our culture in terms of leadership on and off the ice, and we will miss the upbeat approach he brought to the rink.” said Brown, “Ryan made coming to the arena easy, he was a favorite amongst his teammates, and we wish him the utmost success in the Soo.”

Erie now currently holds two 10th Round Picks in the 2026 OHL Priority Selection – their own and Soo’s. The 10th Round for Erie has wielded excellent players like Shawn Szydlowski (2006), Jordan Sambrook (2014), and Chad Yetman (2016).

The Otters organization would like to thank Ryan Thompson for his efforts and energy during his time with the team, and wish him nothing but the best in his continued hockey career.