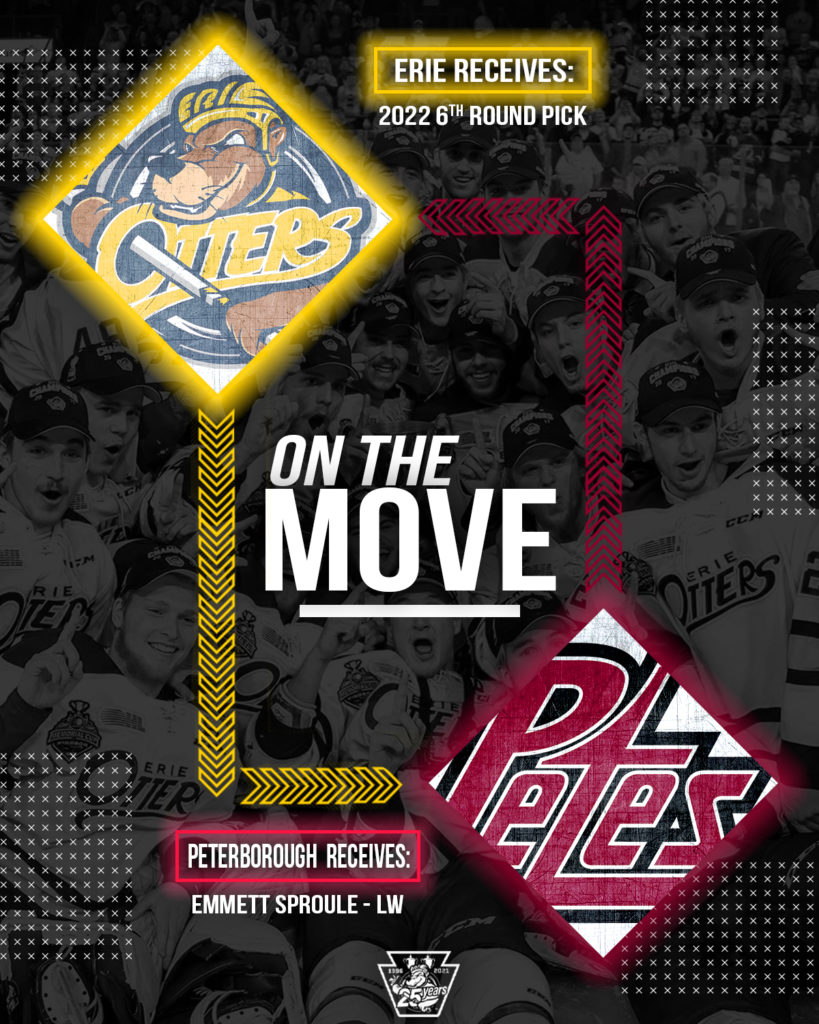 Erie, Pennsylvania – With the start of the 2021-22 Ontario Hockey League regular season days away, the Erie Otters hockey club have executed a trade with the Peterborough Petes.

A long-time member of the Otters organization, Sproule made his presence known around the arena on – and off – the ice.

Playing in 187 games during his three-season tenure with the Otters, Sproule was a capable scorer, finding his way to 75 points (30G+45A). Last season (2019-20) for the Otters, he scored 25 points (12G+13A) in the shortened 63-game schedule. Sproule will join a Peterborough team that finished second in the Eastern Conference during the 2019-20 season. The Otters and Petes do not meet in this year’s regular season. 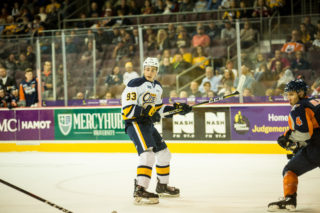 Otters’ General Manager Dave Brown spoke at length regarding the impact made by Sproule during his three seasons with the team.

“As an organization, we work every day to develop quality people who will be significant contributors to our community, and the communities they settle in. Unfortunately today, we were forced to move Emmett Sproule due to overage requirements set out by the Canadian Hockey League.” said Brown. “It has been exciting to see Emmett develop into a young adult; he exemplifies all the character traits that the Otters hope to have in a player. We wish Emmett the utmost success with the Petes, and we will sorely miss his infectious personality and contributions on the ice.  Once an Otter, Always an Otter.”

The Otters organization would like to thank Emmett Sproule for his efforts and energy during his time with the team, and wish him nothing but the best in his continued hockey career.