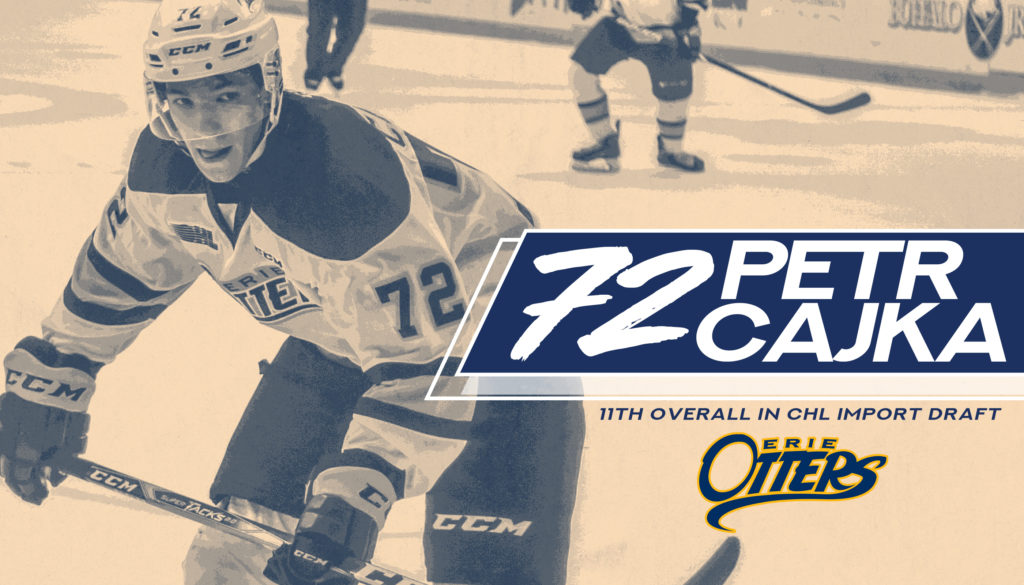 “We’re thrilled to receive commitment from Petr and welcome him and his family into the Otters organization,” General Manager Dave Brown said. “Petr is a responsible player with an excellent hockey IQ and has shown that he can compete at this level. He’s a dedicated athlete and shares the characteristics the organization values, and we’re excited to assist him as he grows as a young man.”

Cajka, Erie’s first round pick, 11th overall, in the 2018 CHL Import Draft, spent last season with Zug U20 of the Swiss Elite Jr. A league. The Kadan, Czech Republic native tallied 21 points (8G-13A) in the 2017-18 campaign, good for seventh on his club. The 6-foot, 168-pound forward represented his home country at the 2018 IIHF U18 World Championship this past April, where his two-point (1G-1A) performance, including the game winning goal, eliminated Team Canada to send the Czech Republic into medal rounds. Cajka also won a silver medal with the Czech Republic at the 2017 Ivan Hlinka Memorial Tournament. The 17-year-old is eligible for 2019 NHL Draft.