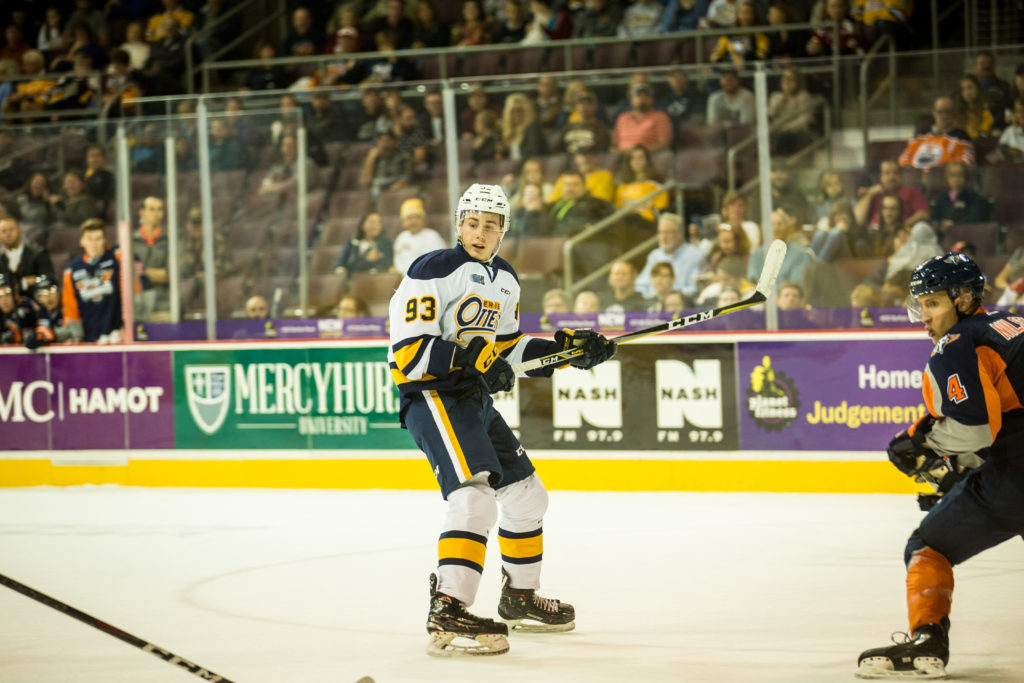 KITCHENER, ON – The Erie Otters were back in action in the middle of a “three-in-three” weekend on Friday evening, when they took on the Kitchener Rangers from the Kitchener Memorial Auditorium. The Rangers got off to a quick start, scoring twice in the first five minutes, coming from Joseph Garreffa and Jonathan Yantsis to put them ahead by two early. Erie answered with a tally from Hayden Fowler, who scored in his second straight game after coming back from injury. Joseph Garreffa closed the period with his second of the game to restore Kitchener’s two goal lead heading into the intermission.

In the second, Arber Xhekaj and Rickard Hugg added to the Ranger lead, but Erie responded with a pair of goals from Danial Singer and Emmett Sproule to enter the final period trailing by a pair.

In the final period, Kitchener continued the trend and began the period with a pair of goals from Jonathan Yantsis and Mike Petizian to extend the Ranger lead to four. Emmett Sproule found the back of the net for the second time of the night for Erie, but it proved to be too little, too late as Greg Meireles would put away the empty net goal to win this one 8-4 for the Rangers.

With his second period goal, Danial Singer reached the 100 point milestone for his career.

The Otters will be back in action tomorrow evening when they take on the Mississauga Steelheads at 7PM.