Shorthanded Otters Fall to the Knights 6-2 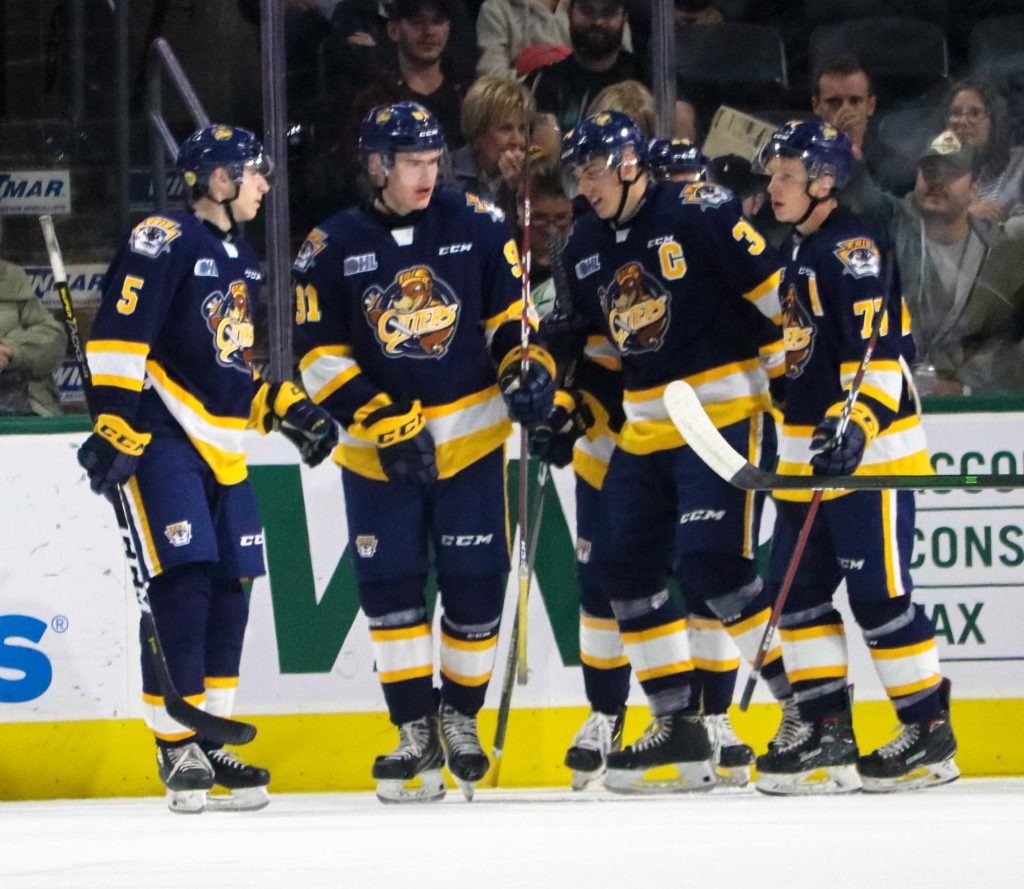 London, Ontario – The Erie Otters kept things tight until a three-goal third period by the Knights put London out of reach for their first win of the season 6-2 at the Budweiser Gardens.

Otters goaltender Daniel Murphy continued his hot play into the first period stopping 11 of 12 shots, with Connor McMichael’s wide-open shot at the left circle being the only puck to beat him. London took a 1-0 lead into the intermission, outshooting Erie 12-5.

The Knights added an insurance goal 3:47 into the second with Antonio Stranges fooling Murphy with a shot from the left side for a 2-0 lead. The Otters answered exactly three minutes later when Jack Duff led the rush into the offensive zone and slid a shot through the legs of rookie goalie Brett Brochu to cut the lead in half. A scramble midway through the frame would see Matvey Guskov reestablish the two-goal lead as he used a screen to fire a shot past Murphy for his first of the year.

With work to do in the third, Erie quickly hopped to work in the opening minute climbing back to within one on Chad Yetman’s third of the year. That would be as close as the Otters would come as London’s offense came alive in the third with the next three goals to put the game out of reach and pick up their first win of the season 6-2.

Erie was forced to play down one skater due to injuries with Hayden Fowler the latest on the injury report as a late scratch just before warmups. The Otters return home Saturday night to host the Windsor Spitfires at 7pm at the Erie Insurance Arena with both teams playing their third game in a third night.