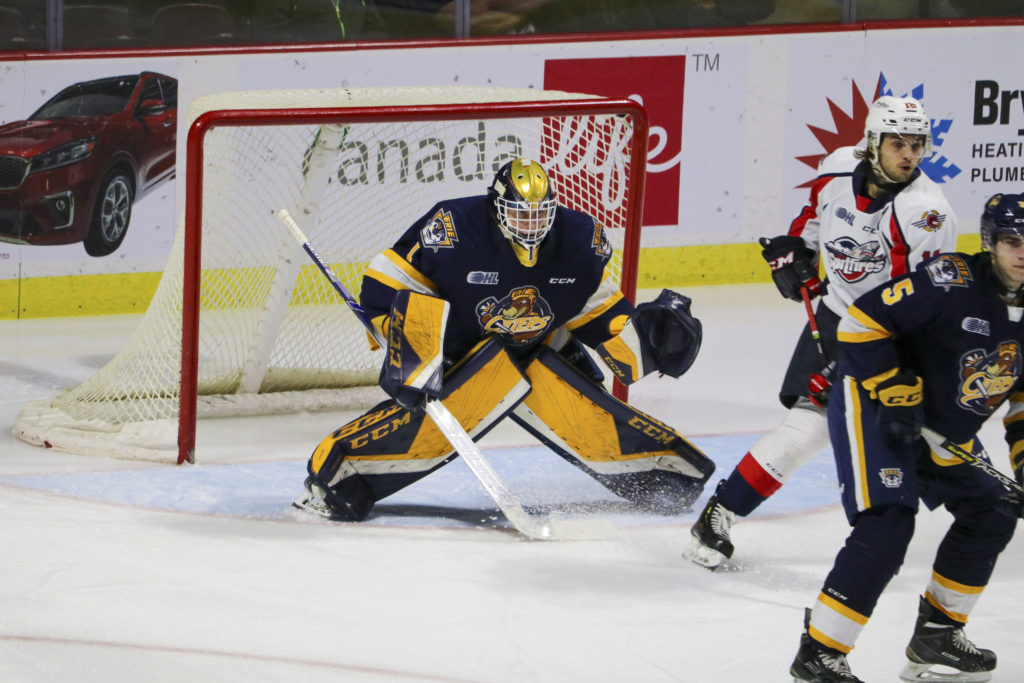 Windsor, Ontario – The Erie Otters dropped their first game of the season Thursday night at the WFCU Centre when the Windsor Spitfires surged back in the third period with two goals to come from behind and defeat the Otters 2-1.

Windsor jumped out of the gate hot firing the six of the first seven shots at Erie starting goaltender Daniel Murphy. The third year netminder was sensational all evening, allowing his team to capture a 1-0 lead after the first period when Hayden Fowler’s centering pass was accidentally knocked into the net by a Spitfire’s defender.

Murphy continued his stellar play in night, stopping 25 shots through two periods. He would finish the evening as the games second star, turning aside 34 of 36 shots faced in the loss.

The Spitfires tied the game in the third period on a goal from Luke Boka 3:08 into the frame. Tyler Angle would hand Windsor the 2-1 lead with what would stand as the game winning goal when he found a loose puck in the crease following a point shot and was able to stash it in the back of the net.

Hayden Fowler’s goal continues his goal scoring streak into a third game. The Otters and Spitfires will meet again Saturday at the Erie Insurance Arena.

Next up for the Otters is the second game of their three-in-three week with their first stop into the Budweiser Gardens Friday night to take on the London Knights at 7:30.