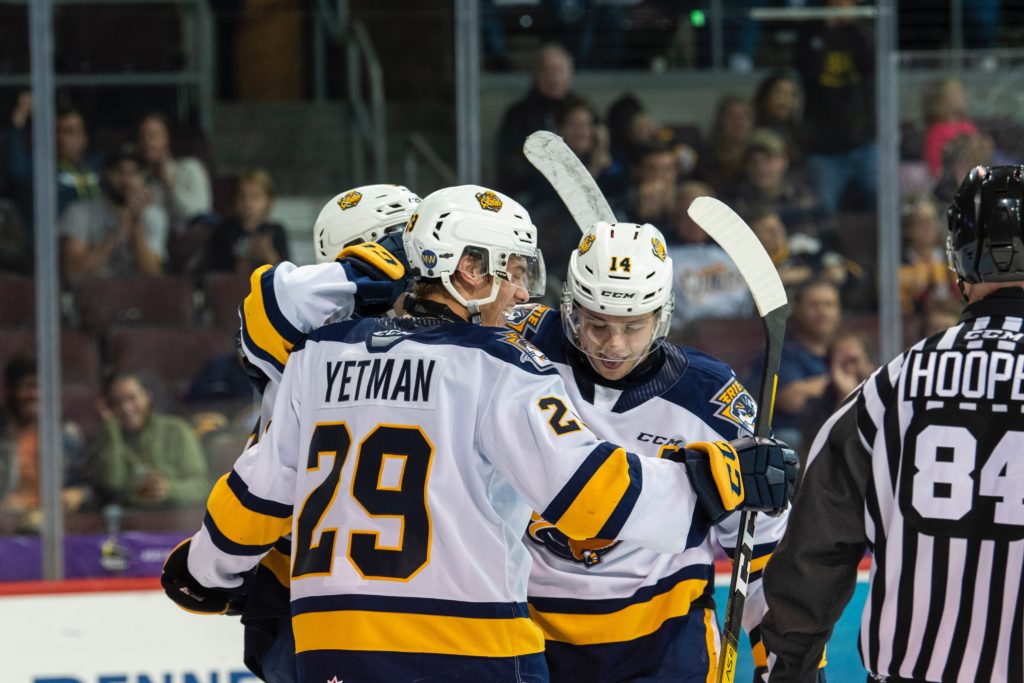 Guelph, Ontario – The Erie Otters fell 7-5 to the Guelph Storm Friday night in a back and forth game in which Guelph forward Cam Hillis recorded five points.

Brendan Sellan gave the Otters their first lead of the game just 19 seconds into the period but Guelph’s Cam Hillis answered 38 seconds later, tying the game less than a minute into play. Chad Yetman regained the Erie lead at the 8:28 mark of the first frame before Pavel Gogolev knotted the score with a breakaway goal with 2:21 remaining. The teams headed into the intermission tied at two.

Gogolev gave Guelph its first lead of the game by scoring seven and a half minutes into the second stanza, but the lead would only hold for 54 seconds. Jamie Drysdale evened the score for the third and final time before the floodgates opened for the Storm. Three Guelph goals, including Hillis’ second of the game, in just over five minutes depleted the Otters’ momentum in the middle period, making the score 6-3. Erie made a goaltending change before going into the second intermission.

Erie began the third period with strong play and Daniel D’Amato tipped in a point-shot less than four minutes into the final frame. Maxim Golod brought the score to within one after scoring with just under three minutes remaining in the game, but Guelph held onto its lead. Erie called a timeout and put the extra attacker onto the ice but after sustaining pressure in the Guelph end and being stopped multiple times by goaltender Owen Bennet, Hillis fired the puck into Erie’s empty net, earning his hat trick and tallying his fifth point on the night.

Cameron Morton recorded his first career OHL point with the primary assist on D’Amato’s third period goal. Maxim Golod record a two-point night (1-1–2) for his sixth multi-point game of the season. The Otters will look to rebound at home Saturday night when they host the Mississauga Steelheads. 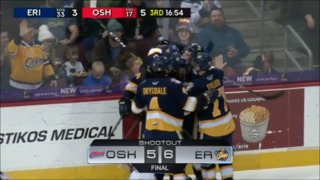 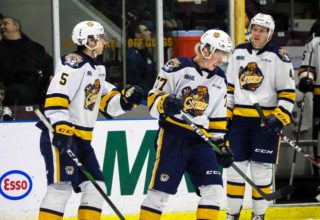 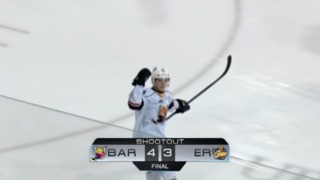 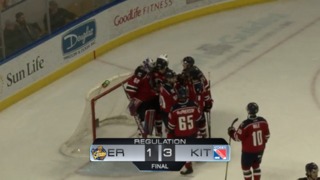