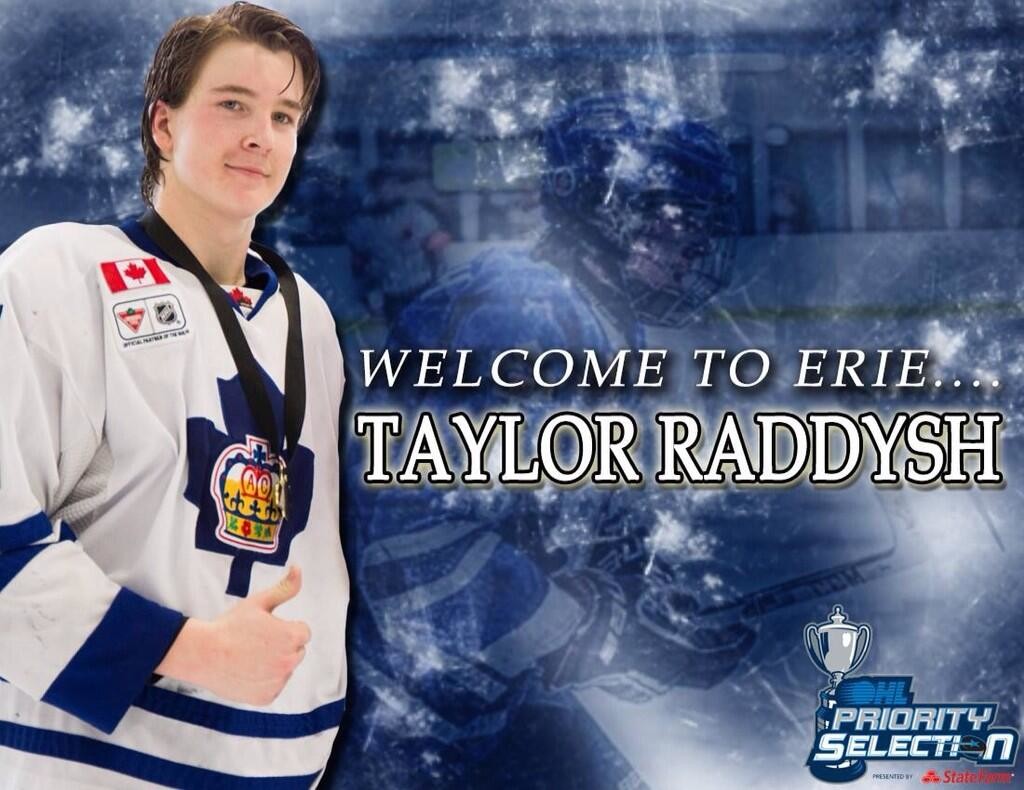 Erie, Pennsylvania – The Erie Otters Hockey Club is pleased to announce that Taylor Raddysh, the nineteenth overall pick in the 2014 OHL Priority Selection, has committed to the team and has signed an Ontario Hockey League agreement.

“This is an amazing feeling to finally have your dream come true to play hockey at a higher level,” Raddysh said Tuesday morning. “I hope to make the team in August, meet the group, and enjoy the experience at the next level.”

Raddysh, a 6’ 1.5″, 195 pound right handed shooting forward, spent last season with the 2014 OHL Cup champion Toronto Marlboros. He tallied 25 goals and 52 points in 31 regular season games, good for fourth in scoring in the GTHL. Taylor led all scorers in the OHL Cup with five goals and 14 points in seven games played. He is also the brother of current Erie Otters defenseman Darren Raddysh.

“We are extremely pleased to commit to Taylor,” General Manager and Governor Sherry Bassin said Tuesday. “He’ll be a significant asset to the Erie Otters as we continue to pursue the ultimate goal of winning an OHL championship.”