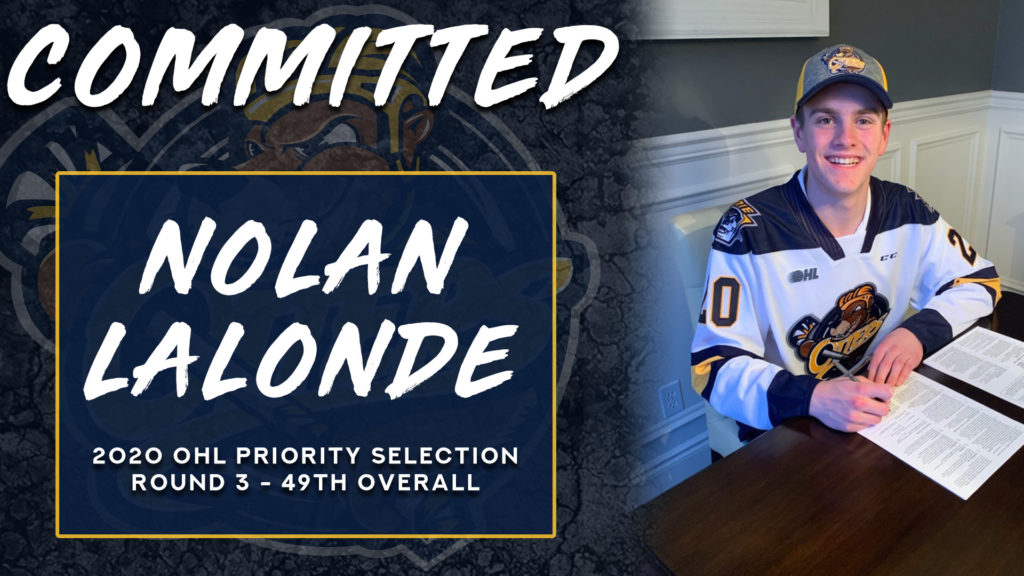 “As an organization, we made a conscious effort to continue our focus on the importance of goaltending, and today we believe we’ve continued making big strides in the right direction,” General Manager Dave Brown said. “Nolan is agile, quick, and athletic. He has a solid understanding of the position and its intricacies that allow today’s goalies to gain control over the opposition. Our goaltending situation is quickly becoming a position of strength, having two very good young goalies like Nolan and Aidan Campbell allows us to be excited for our future.”

“Signing my player agreement is a dream come true and to do it with such a great organization is truly an honor,” said Nolan Lalonde. “I am committed to working hard and look forward to getting things started and being a part of the Erie family.”

You can see the excitement on Nolan Lalonde’s face, he’s ready to get started in Erie! Hear @lalondenolan thoughts on joining the organization. pic.twitter.com/E1s4tybkhe

Lalonde, a 5’ 11”, 168-pound goaltender, was selected 49th overall by the Erie Otters in the third round of the OHL Priority Selection held earlier this April. The Kingston, Ontario native suited up in 18 games for the Greater Kingston Jr. Gaels during the 2019-2020 season where he posted a 2.03 goals against average.