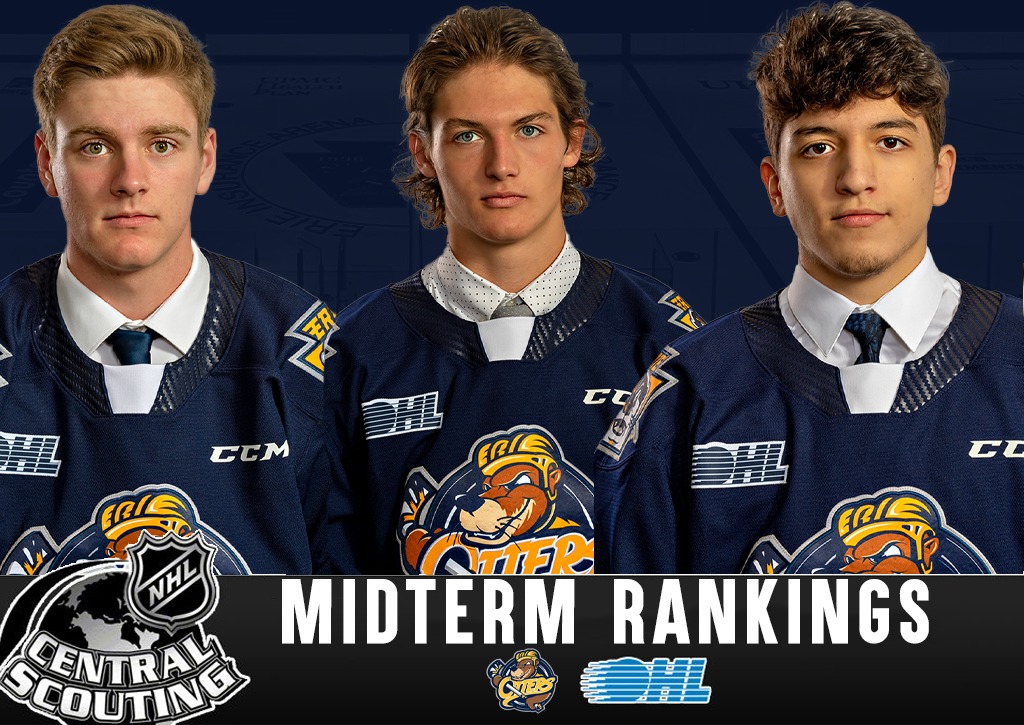 Nolan Lalonde, the #49 overall pick in the 2020 OHL Priority Selection Draft, was ranked 10th among all North American Goaltenders. This top-10 ranking comes for the everyday-netminder after earning Goaltender of the Week honors from the Ontario Hockey League after the team’s road sweep of Kitchener. The native of Kingston, ON has appeared in 24 of Erie’s 28 games this season, with a .888 SV%, 3.59 GAA, and a 10-11-1-1 record – his 10 wins top among all rookie goaltenders. During the team’s four-game winning-streak, Lalonde has a 4-0 record, stopping 114/122 shots-faced for a .934 SV% and 1.96 GAA. Lalonde also earned Midwest Division Academic Player of the Month honors from the OHL in November.

Spencer Sova, the #8 overall pick in the 2020 OHL Priority Selection Draft, was ranked 38th among all North American Skaters in the rankings. The 17-year-old defenseman has appeared in every game this season for the Otters, running the point on the power play, and being part of the top D Pair. The Windsor, ON native has 12 points (2G+10A) in 28 games, including eight points (2G+6A) on the man-advantage.

Christian Kyrou, the #84 overall pick in the 2019 OHL Priority Selection Draft, was ranked 179th among all North American Skaters. After not previously appearing on any of the season’s NHL Central Scouting ‘Players to Watch List’, Kyrou’s consistency and growth through the first half of the season has put him on the Scouts’ radar. The 18-year-old defenseman has appeared in every game this season for Erie, and ranks fifth on the team (1st among Defenseman), t-10th in the OHL for defensemen in scoring with 22 points (6G+16A).

The Otters organization congratulates the three players for their recognition at the Midterm Rankings.

For a complete list of the OHL players recognized in the Midterm Rankings, head to OntarioHockeyLeague.com.