MENU
Otters will select 10th overall in the 1st Round of the OHL Priority Selection on Friday, June 4th at 7 PM
November 16, 2015 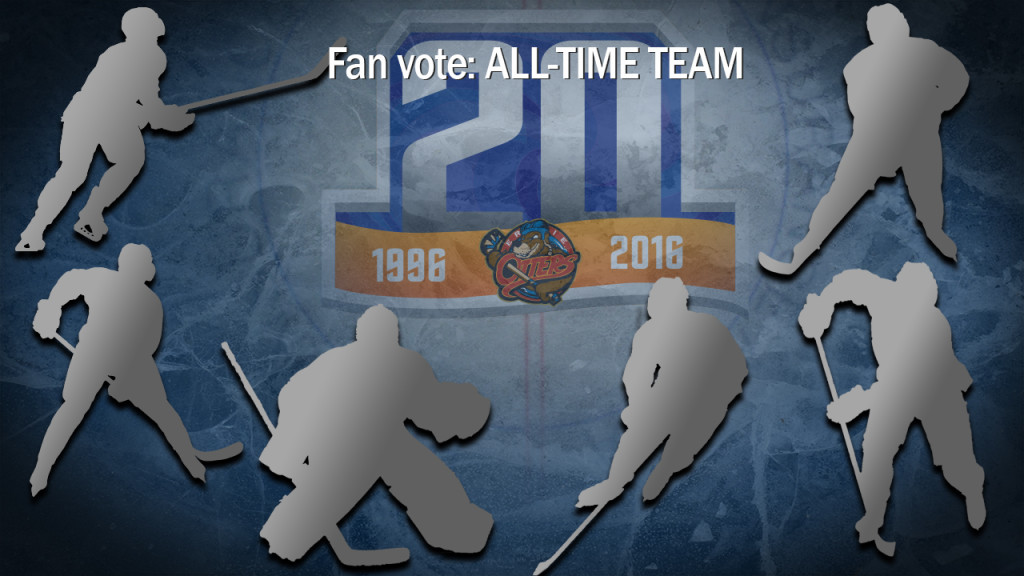 We’re celebrating our 20th season on the ice in the city of Erie, and need help from the best fans in the OHL to select our 20th Anniversary Team! We have had so many great players make stops in Erie during their junior hockey careers that we’re having a hard time picking from the rosters! That’s where YOU come in!

Over the next few months we will leave the voting up to you. We’ve selected a group of players representing each position. Fans will then have the opportunity to vote on who should represent out 20th Anniversary lineup! Each position has a group of representatives. You vote on who makes the starting lineup, the next top vote getters will make the 20th Anniversary Team lineup with a commemorative poster giveaway at the end of the season. Each position has a two week voting period.

Here’s how the voting will break down. A pool of 18 defensemen will be split into two groups of nine that fans will vote on. The top three candidates receiving votes in each group will make the 20th Anniversary Team, with the defenseman receiving the most votes from each group entered into the starting lineup. Goaltenders will be selected in the same fashion from a group of eight. All of the forward positions will be voted out of groups of ten. Most votes will make the starting lineup with the next three rounding out the team.

Vote as many times as you’d like for your favorite players and follow along right here for results throughout the rest of the season and vote for YOUR favorite Erie Otters!