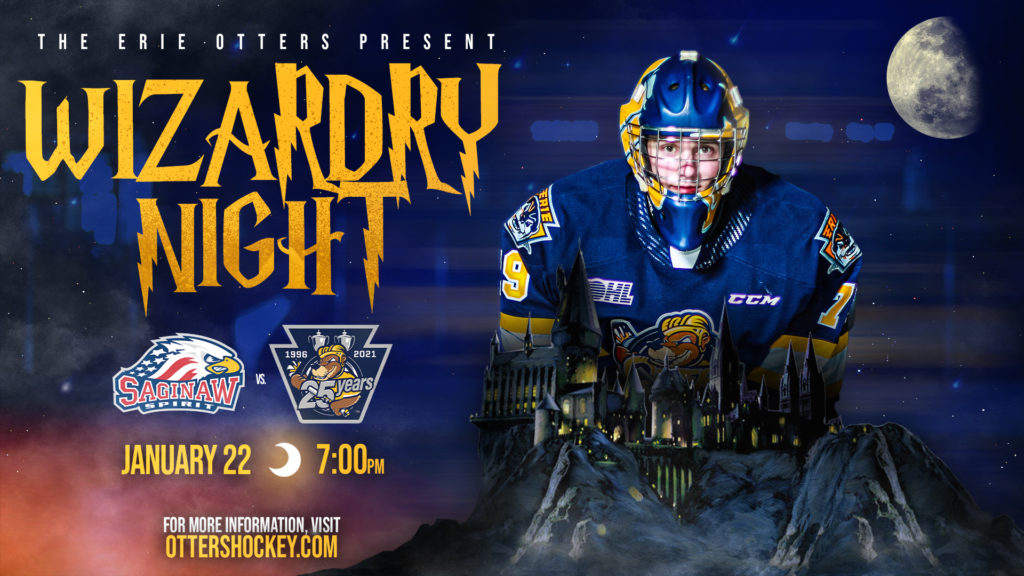 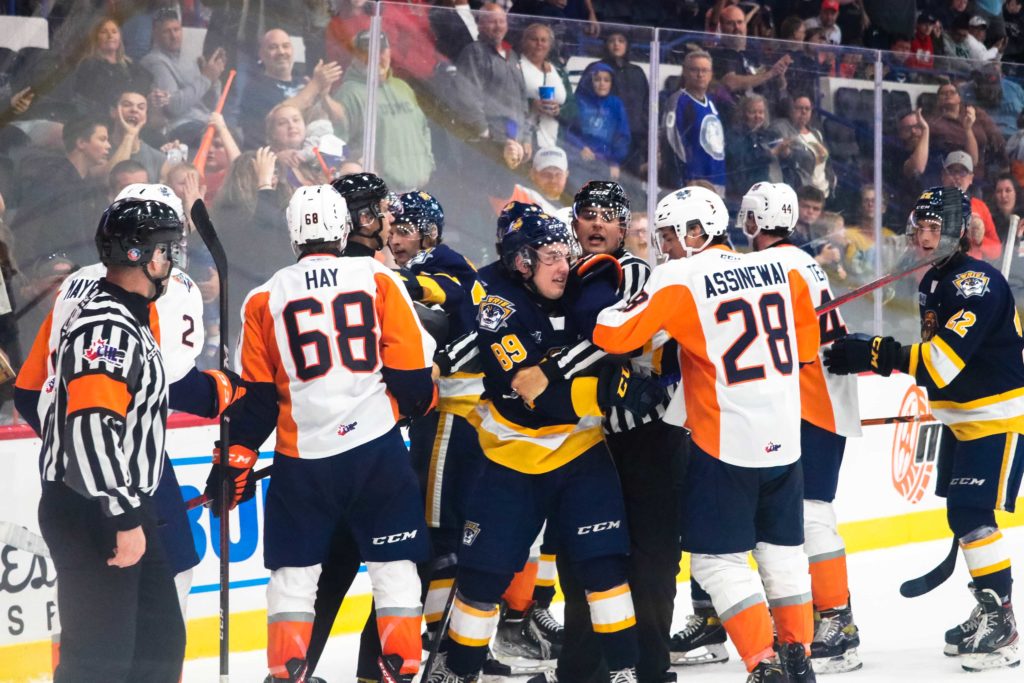 On the road from Erie, Pennsylvania – A long-weekend road trip in the Mitten State has begun for the Erie Otters, as they take on the Flint Firebirds and Saginaw Spirit for a trio of games. After a Saturday night Season Opening loss in Flint, the Otters look to exact revenge in pursuit of their first win of the young season on Thursday. Erie will once again open a team’s season, as they head north to Saginaw for a weekend pair on Saturday and Sunday against the Spirit.

Not the start to the season the Erie Otters hoped for or anticipated, the team saw their road, season opener end with a 3-0 victory in the favor of the home team. While the old adage goes ‘you’re only as good as the scoreboard says you are’, the Otters should take solace in knowing the score is not fully indicative of their performance.

A scoreless affair through 38, a broken play on an odd-man rush gave Braeden Kressler (1) a shorthanded goal to the Firebirds for the first of the night with 2:11 left in the second. Nearly halfway through the third, a Coulson Pitre (1) full-strength goal and a Brennan Othmann (1) penalty shot within :30 of each other would put the game on ice.

That being said, with 10 first-year Otters rostered for the Opener, the team fired 35 shots against Firebirds’ goalie Luke Cavallin, who was perfect in the crease, earning his first OHL shutout.

In his Ontario Hockey League debut on Saturday, goaltender Nolan LaLonde (‘04) was the catalyst on the backend, stopping 30/33 in the loss. LaLonde was sharp all game, running a shutout for nearly the first 38 minutes. In terms of 5-on-5 hockey, LaLonde only allowed 1G. While moral victories don’t count on the scoresheet, LaLonde’s performance was a silver-lining to spark confidence for Otters fans.

In the offensive zone, rookies Defenseman Spencer Sova & Forward Taeo Artichuk lead the way for the young gunners with six and five shots, respectively – with Artichuk creating a number of solid opportunities early.

Special Teams was the game-changer in Saturday night’s game for the Otters, as the Firebirds scored a SHG and from a Penalty Shot. Erie was 0/4 on their Power Play opportunities, but 2/2 on their Penalty Kill chances. The biggest red flag of the game for the Otters came again on the Power Play – with two separate opportunities on the 5-on-3, including a full two minute two-man advantage, the Otters were unable to capitalize.

Thursday represents the 20th All-Time Meeting between the Erie Otters and the Flint Firebirds – the Otters lead the all-time series record 12-4-2-1.

Saturday and Sunday represents the 72nd and 73rd All-Time Meetings between the Erie Otters and Saginaw Spirit – Saginaw holds the all-time series record 44-26-1.

With the onus on the offense to produce after being held scoreless on Saturday night, look to overage-Forward Brendan Hoffmann to make an impact on the scoresheet this weekend. Hoffmann lead the way of all Forwards with six shots in game one, and was a common presence in the offensive end.

For Flint – held pointless on Saturday night, Flint’s Amadeus Lombardi is due for his first goal of the season soon. A high-scoring forward in preseason, the ‘03 fired off three shots sent aside by LaLonde. A buzzard around the net, Lombardi is Flint’s man to watch – again. Worth keeping a spy on as well is Tag Bertuzzi, recently acquired by Flint from the Guelph Storm. The former #2 overall pick in the 2017 OHL Draft, Bertuzzi had three shots on Saturday Night.

Saginaw sees the return of goaltender Tristan Lennox from the New York Islanders – the #93 overall pick in the 2021 NHL Draft. Difficult to rattle, Lennox plays with great confidence in the game, and doesn’t fall victim often to deceptive shooters trying to draw him too far out of his crease or around to face the back of the net. With a lot of ugly, rough play down low near the goalmouth, this could be advantageous for a young Otters team looking to get their offense going – especially against two hot goaltenders.

The Canadian Hockey League was diligent during the extended-offseason, resulting in the creation of the all-new CHL TV!  “OHL Live” is the Ontario Hockey League’s broadcast home on the all-new CHL TV! OHL Live delivers a high-quality viewing experience while providing access to more than 700 OHL games streamed across a range of platforms including: 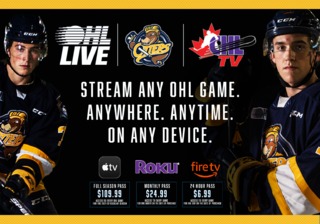 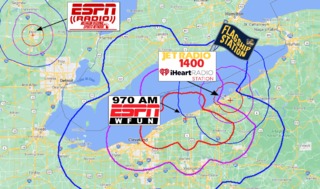 If you’re on the run on this weekend and can’t watch/listen to the game, or just want to follow along in-real-time, make sure you’re following the Otters on Facebook, Twitter, and Instagram. From live tweets of the action, scoring updates, photos, and highlights, Otters’ social media is the best way to keep up with the team wherever they are.

These three games will represent the last road games of October for the Otters, as they welcome Saginaw on Saturday, October 23 for the Erie Otters HOME OPENER – you won’t want to miss the return of OHL Hockey to the Flagship City. The Otters close out Opening Weekend on Sunday, October 24 for Family Funday.

Erie remains at home the ensuing, Halloween weekend for a pair against the Flint Firebirds on Friday, October 29 for Happy Hour Friday / College ID Night, and Saturday, October 30 for Haunted Hockey night. Single Game Tickets are on-sale for all four games NOW!

Fans will be able to watch, listen, and follow along to all three road games this weekend – and every game this season – on the Otters Radio Network, CHL TV, and on Otters’ social media. 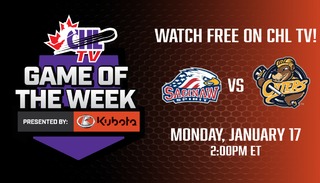 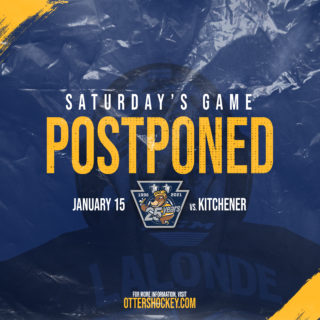 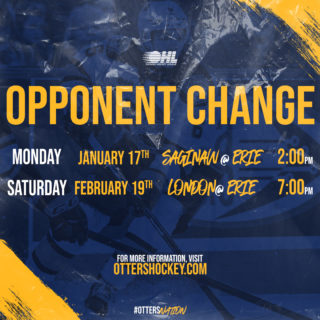