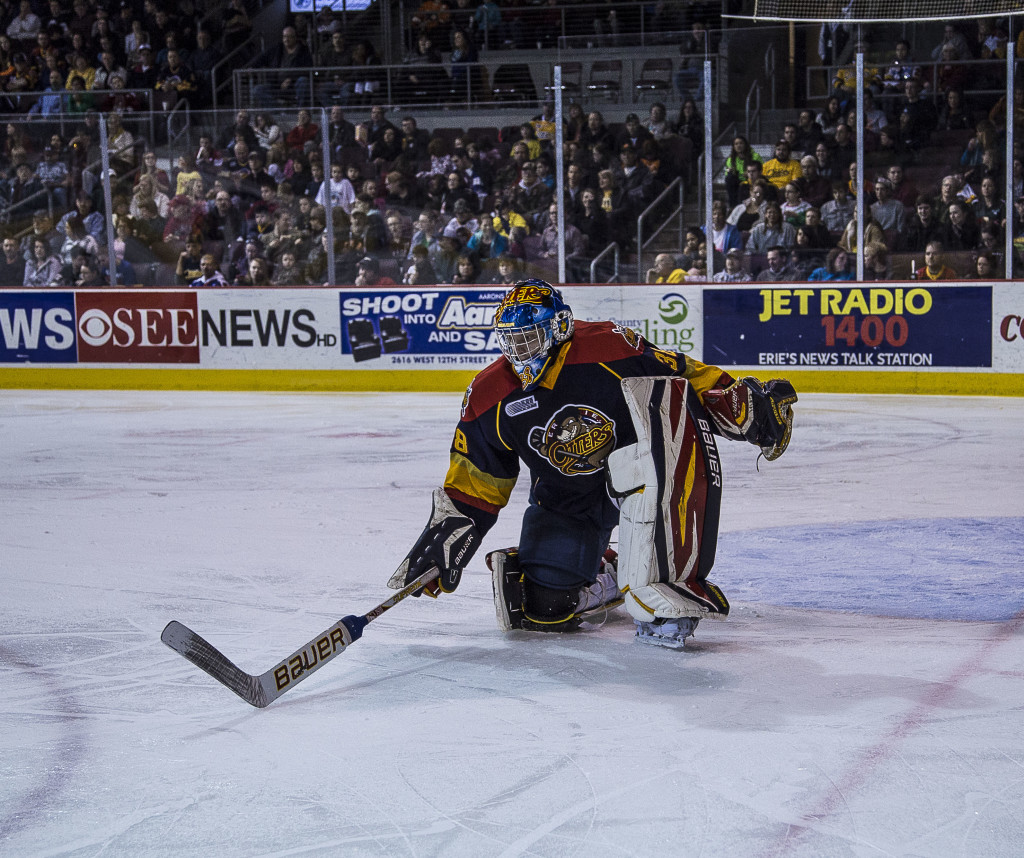 A native of Tumba, Sweden, Dansk has spent the past two seasons with the Erie Otters of the Ontario Hockey League, compiling a 40-32-7 record with a 3.25 goals-against-average, .897 save-percentage and six shutouts in 85 appearances. He was the co-winner, alongside fellow Otter Devin Williams, of the Dave Pinkney Trophy for Top Team Goaltending in 2013-14 after Erie allowed a league-low 170 goals in 68 games en route to posting franchise records for wins (52) and points (106) in a season.

Dansk earned Top Goaltender honors at the 2014 IIHF World Junior Championships after posting five wins, a 1.79 GAA and .928 SV% in helping Sweden win a silver medal. He also won silver with Team Sweden at the 2012 IIHF World U18 Championships, recording a 1.98 GAA and .937 SV% in five tournament appearances.

Selected by Erie in the first round, third overall, at the 2012 Canadian Hockey League Import Draft, Dansk spent the 2010-11 and 2011-12 seasons with Brynas J20 in Sweden’s top junior league where he recorded a 2.77 GAA, .910 SV% and three shutouts in 49 appearances. Prior to his tenure with Brynas, Dansk spent three years at the Shattuck-St. Mary’s Center of Excellence in Faribault, Minnesota.