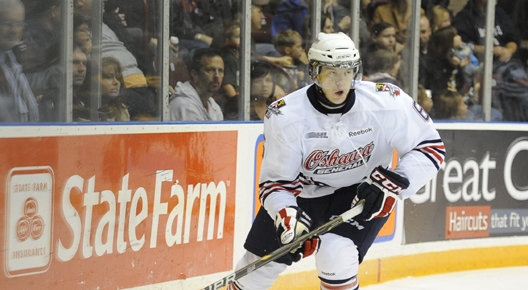 McDowell, a native of Dimondale, Michigan, has played in 144 regular season games with the Generals, collecting seven goals and 20 assists. In 34 games this season, McDowell is second among Generals defenseman with a +4 rating and has tallied one goal and six assists.

Originally drafted in the 12th round of the 2009 OHL Priority Selection by the Generals, the 6-foot, 197-pound McDowell played for the Detroit Little Caesars program before making the jump to junior hockey, the same organization as current Otters rookie forward Nick Betz.

The Otters hit the road for a three-game swing, starting with the first of back-to-back games Friday night against the Owen Sound Attack at 7:30 p.m. Fans can listen to the action on JET Radio 1400.