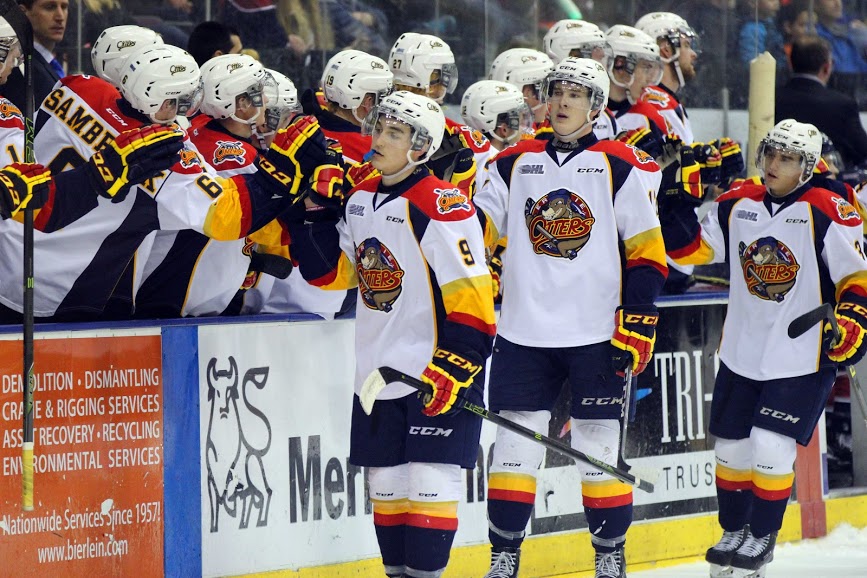 The Erie Otters eliminated the Saginaw Spirit with a 6-4 win to secure their first round one sweep in team history.

Taylor Raddysh scored the icebreaker just under four minutes into the game on a two-on-one rush following a pretty pass by Alex DeBrincat. Minutes later Travis Dermott let loose a wrist shot from the blue line that snuck past Evan Cormier to put the Otters up 2-0 early. With less than a minute left in the first period Kyle Maksimovich scored his fourth goal of the series to put the Otters on top by three as the period ended.

Just 30 seconds into the middle period Patrick Fellows bumped the Otters lead to four after depositing a rebound into the Saginaw net. Three minutes into the period Kirill Maksimov scored his first of the playoffs to put the Spirit on the board. At the midway point of the period Connor Brown scored off of a feed from Mitchell Stephens. Later, Dylan Strome helped regain Erie’s three-goal lead on the power play with helpers from Darren Raddysh and DeBrincat. However, Saginaw responded as Brown scored his fourth of the series and second of the game to make it a two goal game.

With four minutes left in regulation Mitchell Stephens made things interesting with a tally to make it a one-goal contest. As time expired Strome scored an empty net goal to help the Otters advance to round two with a 6-4 win.

2) Will Petschenig, 2 shot and 2 penalty minutes