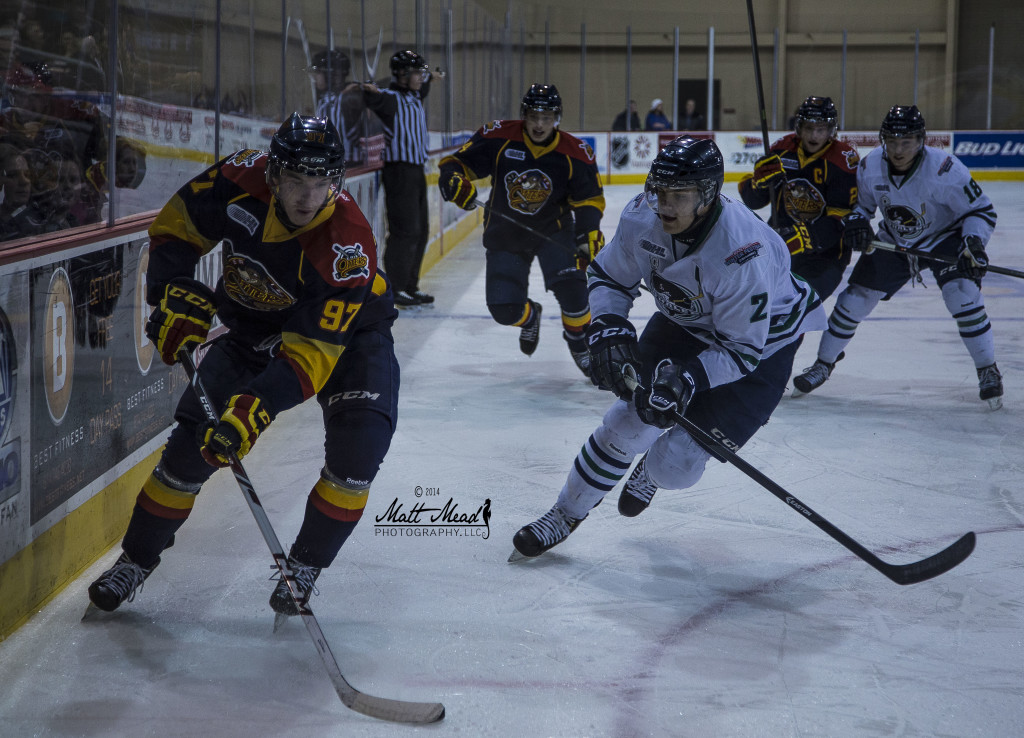 Erie, Pennsylvania – The Erie Otters continued their pursuit of the third position in the OHL playoff picture Wednesday night by blowing out the Plymouth Whalers 11-2 at the Erie Insurance Arena.

The win marked the Otters 27th victory on home ice this season, setting a new franchise record for home wins in one season. Erie came out like gangbusters to start the game scoring three goals in the first four minutes, chasing Plymouth starter Alex Nedeljkovic to the bench. Dane Fox, Michael Curtis and Connor Brown all tallied giving the Otters a 3-0 lead and bringing in rookie Zack Bowman to tend the Plymouth net. Connor Brown added his second of the night on the power play at 7:47 of the first sending Erie to the intermission with a 4-0 lead.

The second period was not much better for the Plymouth goaltenders, as Michael Curtis tallied his second goal of the night shorthanded at 9:08. The Whalers broke the shutout bid when Matt Mistele scored on the power play 37 seconds later. Plymouth was unable to build any momentum off of their goal, as Connor McDavid dazzled the home crowd, stick handling through a defender and tucking the puck home for his 22nd of the year 43 seconds after the Whalers got on the board. Andre Burakovsky would pick up two goals at the end of the period as the Otters controlled 8-1 at the intermission.

Erie’s depth jumped in the mix in the third period with goals from Travis Wood, Patrick Murphy and Kurtis MacDermid. The Otters would skate on to a 11-2 final to send the Whalers on a long ride back to Plymouth.