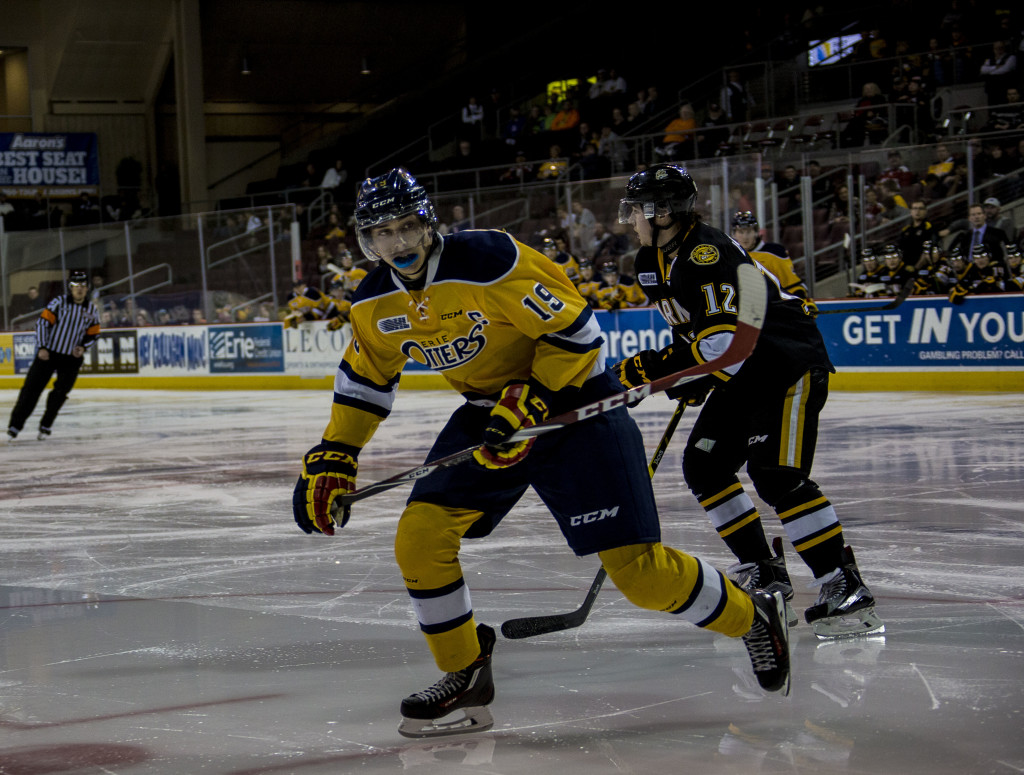 Dylan Strome and Alex DeBrincat’s second straight three point game elevated the Erie Otters past the Saginaw Spirit 6-3. Darren Raddysh also played stellar on the back end for the Otters with 2 assists in the contest.

Nearly three minutes into the first period Christian Girhiny scored his first playoff goal with assists from Brett Neumann and Devin Williams. A minute and a half later Taylor Raddysh made it a two-goal game while picking up a rebound off of a shot from his brother Darren Raddysh. While the Otters jumped to a two-goal advantage Saginaw answered with goals by Connor Brown and Mike Davies to knot the game at two. Later in the frame DeBrincat put Erie back on top after a beautiful feed from Strome. With less than two minutes left in the first period Kyle Maksimovich scored his third of the playoffs to put Erie on top 4-2.

Five minutes into the second period Williams exited the game after an apparent injury, resulting in head coach Kris Knoblauch inserting Jake Lawr. The Otters backed up Lawr by adding to the lead when DeBrincat potted his second of the game from Strome. While shorthanded Strome extended the advantage to 6-2 when he scored on a breakaway opportunity.

At the midway point of the third stanza Mitchell Stephens collected his first of the playoffs to reduce the Otters lead to three. Lawr hung on in the final period to clinch a 6-3 Erie win.

The series continues in the Saginaw on Thursday when the Spirit host the Otters at 7:05 p.m.