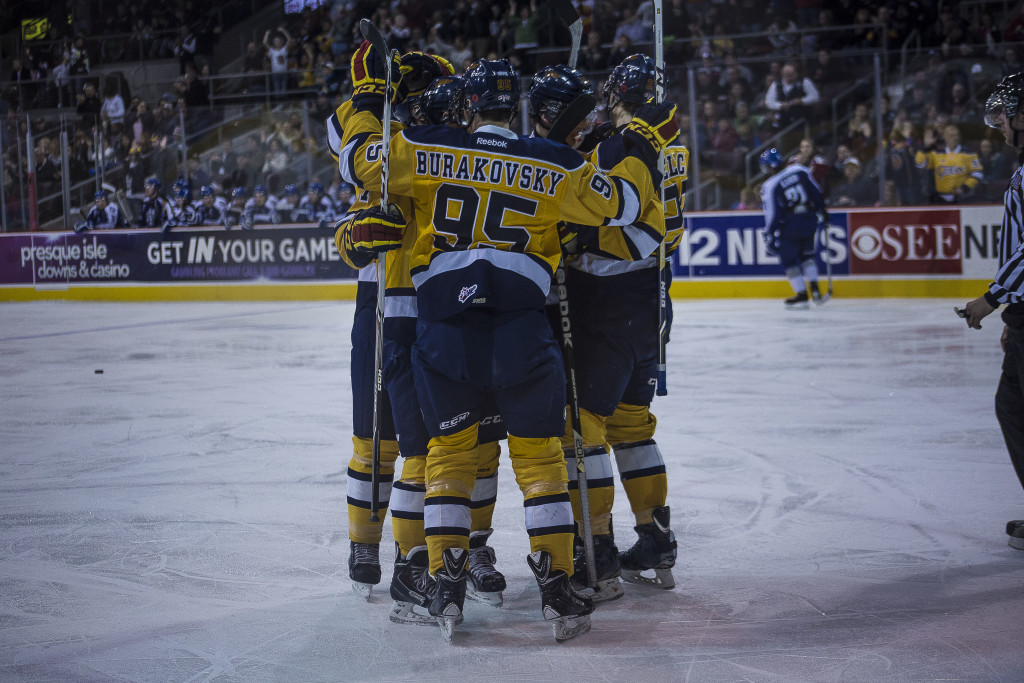 Sudbury, Ontario – The Erie Otters broke their longest losing streak of the season Monday in the makeup game with Sudbury at the Sudbury Community Arena, beating the Wolves 3-2.

The Otters and Wolves had their original date postponed after issues with the ice. Maintenance crews accidentally drilled into the cooling system Friday night, leaking fluid all over the ice. The game was eventually postponed Friday and set for Monday when the ice was deemed not suited to play on.

The Otters looked to get back to their hard working ways that made them successful in the early going of the season. The team was without the league’s top goal scorer, Dane Fox, who was a healthy scratch. Nick Betz, Quentin Maksimovich, and Patrick Murphy were also healthy scratches that forced Erie to play down two men.

It took until the second period for either team to find the back of the net. Spencer Abraham notched his sixth of the season on the power play when his shot from the left circle fooled Sudbury goaltender Franky Palazzese, rolling in along the ice. Joel Wigle would notch his fifth of the year, chipping a Brendan Gaunce pass over the pad of Palazzese to give the Otters a 2-0 lead. Evan de Haan got the Wolves on the board late in the third, when his point shot through traffic found its way behind Oscar Dansk, sending the teams into the second intermission with the score of 2-1.

The Otters went to work in the third looking to put the game out of reach. Connor McDavid and Connor Brown teamed up to find Andre Burakovsky between the circles. Burakovsky wired the puck home to give the Otters a 3-1 lead. That was all Erie needed to snap their three game losing streak despite Nicholas Baptiste scoring as time ran out on the clock giving the Otters the 3-2 decision.

With the two points Monday night the Otters clinched home ice advantage for their first round playoff matchup. The Erie Otters will travel home for their final game of the season with the London Knights Wednesday night at 7 p.m.