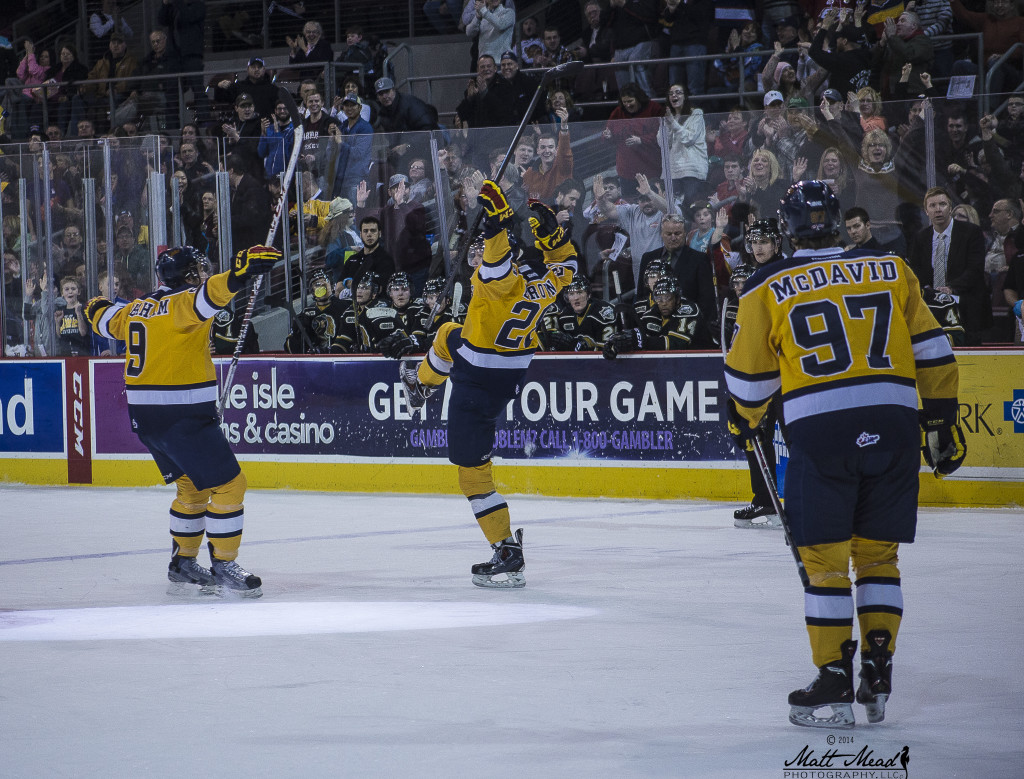 Erie, PA – The Erie Otters were firing on all cylinders Saturday night, as they took it to the visiting London Knights at the sold out Erie Insurance Arena by the score of 7-2.

All four Otters lines had the hop Saturday night with 11 different players recording a point. Joel Wigle opened the scoring 1:13 into the contest, after he buried a bouncing puck into the net after Dylan Strome hit the crossbar with a shot. Shortly after, Dane Fox notched his 55th of the campaign from Connor McDavid and Adam Pelech. Connor Brown joined in the first period scoring parade by adding in a pair of goals of his own, including his league leading 18th power play goal. Alex Basso got London on the board with 22 seconds left in the first as he took the feed from Brett Welychka on a two-on-one break and beat Devin Williams over the glove to make it 4-1.

The Otters weren’t done in the second period as they added another pair of goals and chased Knights starting goalie Jake Patterson. Andre Burakovsky found himself left all alone in the slot and put home a Connor McDavid pass for his 31st of the year. Michael Curtis notched his 21st of the season midway through the period. Devin Williams was key in the period, making nine quality saves on London’s big guns as the Otters found themselves in penalty trouble.

Adam Pelech added another for good measure in the third period, giving Connor McDavid his fifth assist on the night with four of those being primary. The Otters finished off the Knights 7-2 winning their 41st game of the season.

The Barrie Colts visit the Erie Insurance next, with the game scheduled for Friday night at 7 p.m.