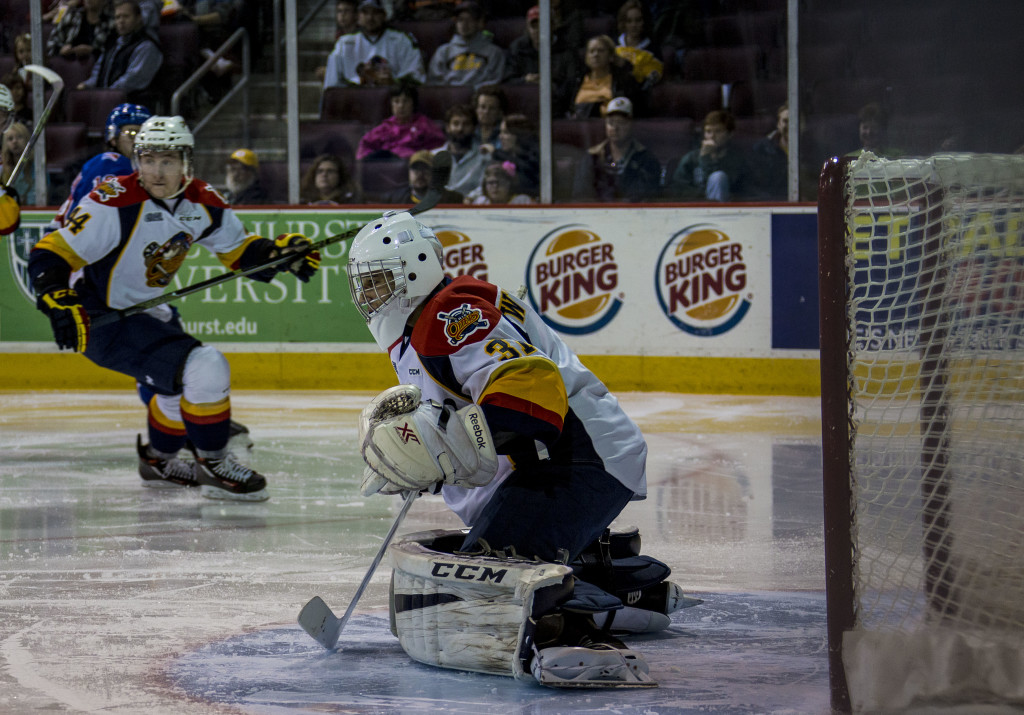 Devin Williams won his 100th career regular season game in breathtaking fashion by stopping all three Kitchener Rangers he faced in the shootout.

The Erie Otters broke the ice three minutes into the contest as Vanya Lodnia extended his point streak to seven games with a wraparound goal. Moments later the Rangers knotted the game at one when Nick Magyar crammed a puck into the Otters net. Ryan MacInnis picked up the Rangers first lead of the night when he collected a rebound on the power play. Later in the opening period the Rangers took a two-goal advantage when David Miller scored on a power play.

Dylan Strome notched his 30th goal of the season when he ripped a backhand shot past Luke Opilka to shorten the deficit to one. With less than a minute left in the second period Darren Raddysh scored a power play goal to tie the game at 3-3. With 18 seconds left in the frame Ryan MacInnis broke loose for a breakaway and scored his second of the game to give the Rangers the 4-3 advantage.

Two minutes into the final period Jake Marchment locked the game at four when he redirected a shot from Taylor Raddysh. Kitchener retook the lead with less than two minutes left in regulation when Brandon Robinson put a puck past Wiliams. Kyle Pettit scored the equalizer with just 12 seconds remaining to force overtime following a centering pass by Strome.

Both teams had a plethora of chances in the 3-on-3 overtime, but neither side could find the back of the net. In the first round of the shootout Strome snuck a backhand shot past Opilka after Williams stopped MacInnis. Neither club scored in the second round leaving the door open for Williams to get the game-winning stop. Williams stoned Robinson to win the game and to bump the Otters to 6-0 in the shootout.

The Erie Otters have four days without a competition until they play the North Bay Battalion Friday at 7:00 p.m.