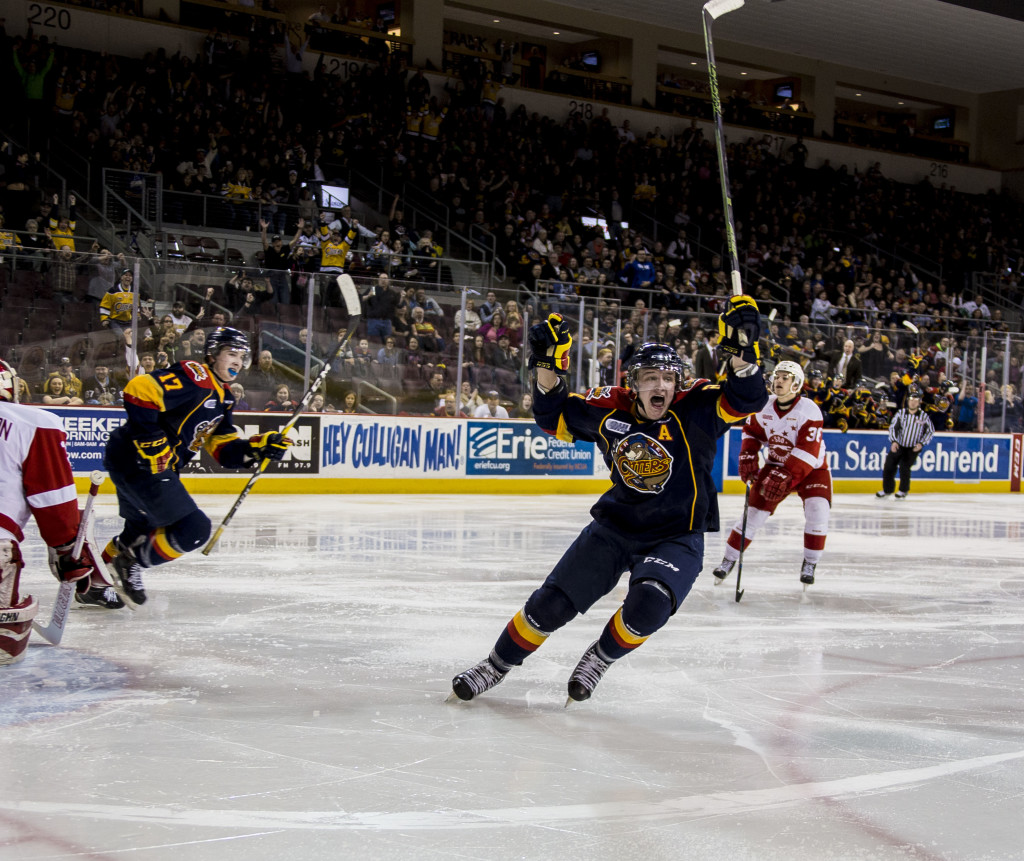 Darren Raddysh was the hero for the Erie Otters faithful as he picked up the game tying and winning goal in a 3-2 win over the Sault Ste. Marie Greyhounds.

Jake Marchment opening the scoring on a wraparound goal just over two minutes into the first period. The Greyhounds answered when Boris Katchouk logged his fifth goal of the playoffs to tie the game at one. With under a minute left in the period a disastrous turnover by TJ Fergus sent Katchouk on a breakaway that he finished to give the Soo their first lead of the game.

Following a scoreless second stanza the Otters set their eyes on leveling the game in the final period. It took nearly all of the period, but Darren Raddysh found a hole and tied the game with 30 seconds left in the game.

Not even a minute into the overtime Dylan Strome set up Darren Raddysh with a pass that he buried to get all 4,169 fans on their feet as the Otters took a 1-0 series lead.

Both clubs have a quick turnaround and are back on the ice tomorrow at 7 p.m. in the Erie Insurance Arena.