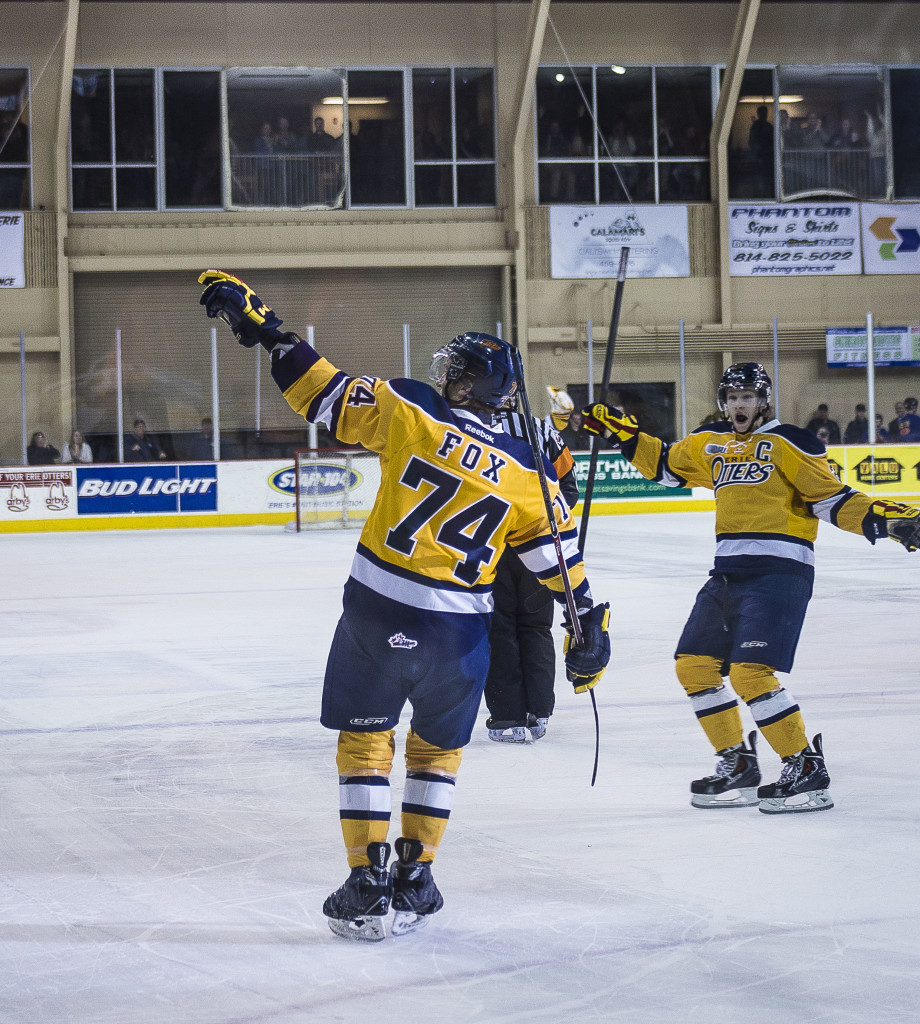 Sarnia, Ontario – The Erie Otters tied their franchise record for wins in a season with their 45th Friday night over the Sarnia Sting at the RBC Centre as Dane Fox’s goal with 38 seconds remaining in regulation ended the Sting comeback bid.

The Otters found themselves down in the first period when Nick Latta tipped home a Anthony DeAngelo point shot on the power play. Erie had multiple chances to pick up their first of the game with 12 shots on goal, but could not get one by Sarnia net minder Taylor Dupuis.

The Otters turned up the energy in the second period, controlling the pace and firing 19 shots on goal. Dane Fox tied the game at one just 37 seconds into the period. Connor McDavid finished off a Nick Betz pass to give the Otters their first lead of the game at 8:27 of the period. Travis Wood then beat Dupuis with a wrist shot from the right circle after being loose on a pass from Brendan Gaunce. The Otters led 3-1 after two periods.

Sarnia was not done yet as they were sparked by former Otter Hayden Hodgson, who brought the Sting within one a little over two minutes into the third period. Vladislav Kodola would tie the game at three nearly four minutes later.

Erie, having watched leads disappear for the second straight game, found themselves down two men with 8:16 left in regulation. Erie generated momentum off of the penalty kill, stopping the two man advantage power play. With time running out the Otters looked to win the game in regulation. Dane Fox and Connor McDavid hooked up on a give and go to beat Dupuis on the backdoor, giving Erie the lead with just 38 seconds remaining resulting in their 4-3 win.

This marks the second time in franchise history that an Otters team has won 45 games in one season. The Otters will look to set a new franchise record Saturday night in Saginaw against the Spirit.