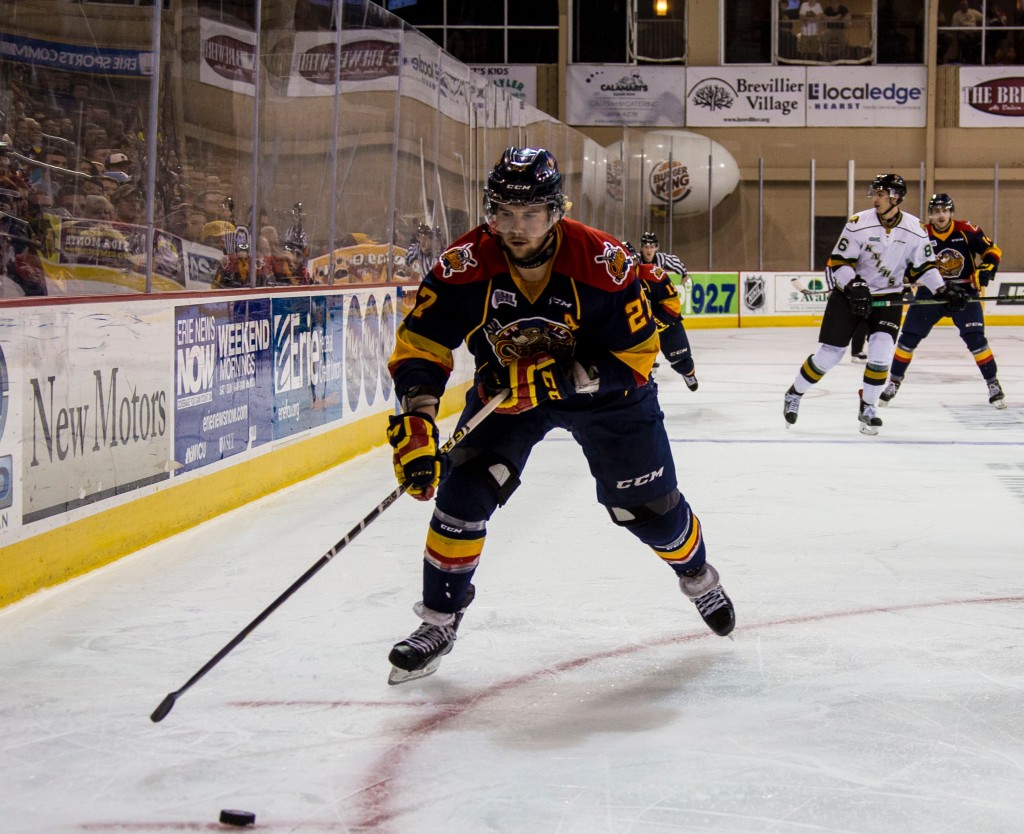 The Erie Otters could not recover from a 4-0 deficit as they dropped their second straight game to the London Knights by a score of 6-1.

It only took the Knights 56 seconds to get the scoring started as Christian Dvorak found Mitchell Marner in the slot to put London ahead 1-0. At the midway point of the first period London bumped their advantage to two goals when Daniel Bernhardt shoved a puck past Devin Williams. Later in the period Aaron Berisha increase the Knights advantage to 3-0 after rifling a one timer into the net.

Just over two minutes into the middle period Bernhardt scored his second of the playoffs as London established a 4-0 lead. The Otters erased the zero on the scoreboard when Darren Raddysh scored on Erie’s second power play of the game.

The Knights closed the game out late in the third period with two power play goals to secure a 6-2 victory.

Both teams will head north to London for game three on Tuesday at 7:00 p.m.