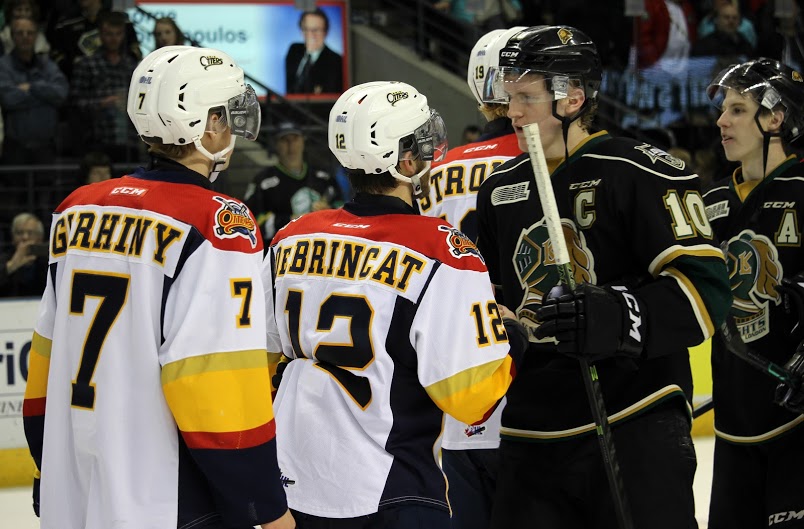 The London Knights defeated the Erie Otters by a score of 5-1 to complete the series sweep in the Western Conference Finals.

London potted the first goal of the game on the power play when Aaron Berisha slap-passed a puck to Matthew Tkachuk who tipped the rubber past Devin Williams. With 24.5 seconds left in the opening period JJ Piccinich tallied an easy goal after Williams lost the puck behind the net while trying to tee it up for TJ Fergus.

Nearly three minutes into the second frame the Otters received a power play and capitalized. A blast from Travis Dermott was tipped in by Jake Marchment to make it a one-goal game. Later in the period Owen MacDonald collected his second goal of the playoffs to give London a 3-1 advantage.

In the middle of the final stanza the Knights scored on a power play as Christian Dvorak picked up his 10th of the playoffs. Mitchell Marner closed out the game with an empty net goal to make the final score 5-1.

The Otters end the postseason with a record of 8-5 after reaching the Western Confernence Finals for the third straight season.