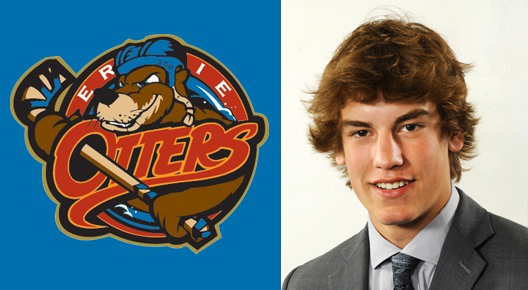 The Erie Otters of the Ontario Hockey League have announced that defenseman Liam Maaskant has signed a contract with the team. The announcement was made by Otters general manager Sherry Bassin.

Maaskant, a native of Clinton, Ontario, was selected by the Otters in the eighth round (150th overall) of the 2010 OHL Priority Selection out of the Huron-Perth Lakers program.

“Liam is a good team player,” Bassin said. “He understands the game. He’s a big strong kid who plays for his teammates. He is going to be a leader.”

Last season with the Jr. B-level Stratford Cullitons of the Greater Ontario Junior Hockey League, Maaskant tied for first among his team’s defensemen with 25 points (three goals and 22 assists). He also collected 79 penalty minutes in 42 games.

The Otters return to the ice at Tullio Arena Saturday, September 3rd at 7:00 p.m. when they battle the Niagara IceDogs in an exhibition contest. Tickets are $10.00 for adults and $5.00 for children ages three to 12.