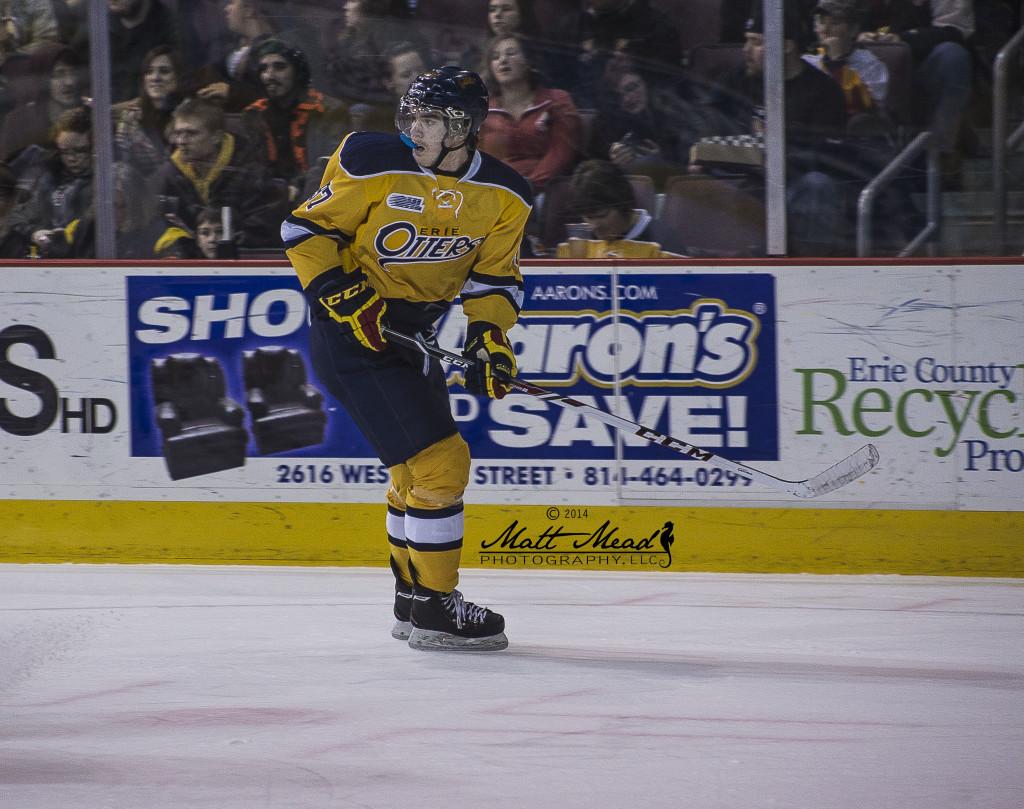 The Niagara IceDogs got on the board first when Anthony DiFruscia snuck one by Devin Williams. Erie answered a short time later when Nick Betz notched his fourth of the campaign on a centering pass from Connor McDavid. Niagara needed just 14 seconds after Erie tied the game to reclaim the lead on Matt Gillard’s seventh of the year. Connor McDavid tied the game on the power play at 15:52 of the first with Andre Burakovsky and Connor Brown picking up helpers.

The game took a more defensive turn in the second period as things tightened up. The Otters held the IceDogs to just two shots on goal in the frame, while the Otters fired nine at Brent Moran.

Connor McDavid showed off his heroics in the third period when he took the puck away from Niagara at the Otters blue line. McDavid entered the offensive zone with Burakovsky on a two-on-one rush. McDavid elected to shoot going short side to beat Moran for what would result as the game winning goal.

Devin Williams picked up his 20th win of the season, giving the Erie Otters a pair of 20 win goaltenders for the first time in team history. Connor Brown extended his point streak to ten games with an assist on McDavid’s first goal. The Otters 26th win on home ice ties the franchise record set during the 2000-2001 season.

The Otters head to the road for their next four games, starting Monday afternoon with a stop in Kitchener to face the Rangers at 2 p.m.