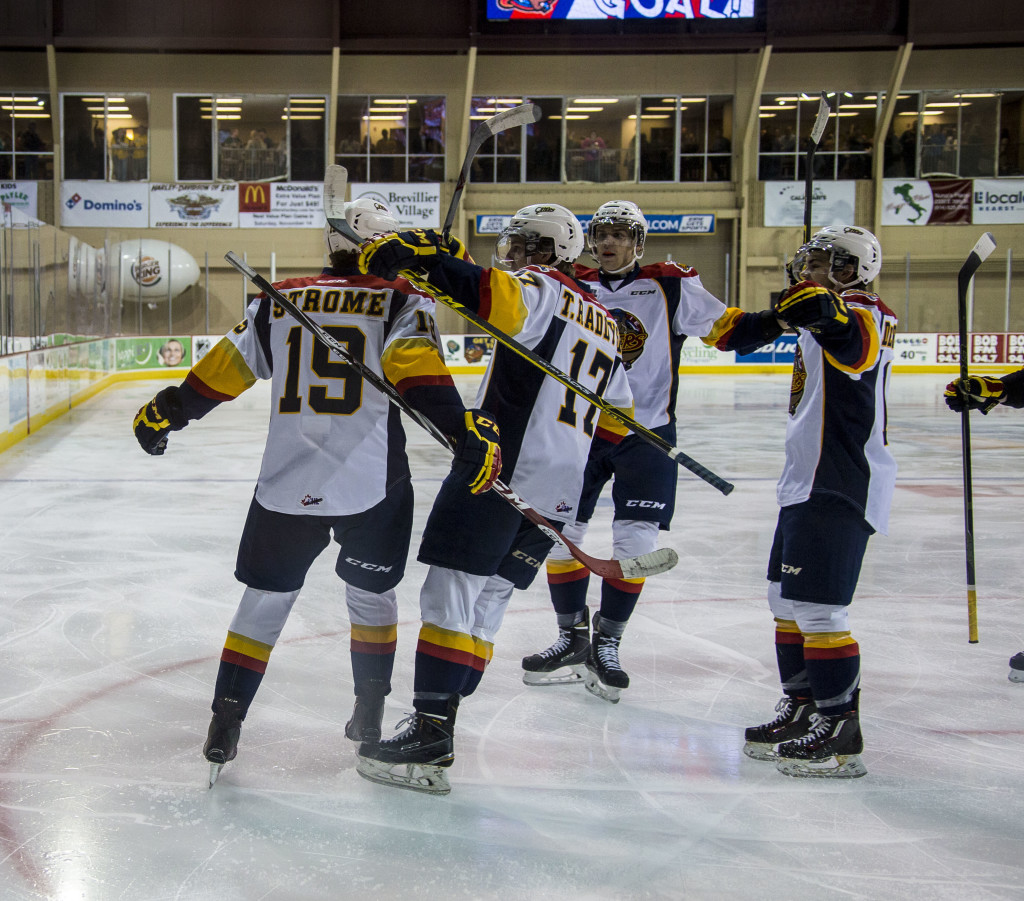 The Erie Otters destroyed the Sault Ste. Marie Greyhounds in shot 45-17, which translated to 5-2 win in game four.

Erie jumped to the lead early in the first period when Alex DeBrincat sniped a wrist shot past Brandon Halverson. Near the eight minute mark Kyle Maksimovich feed Jake Marchment a pass in the slot that he buried to give the Otters the 2-0 lead.

After neither team could score in the second period the Otters expanded the lead at the beginning of the third. Taylor Raddysh feed a pass to his brother Darren Raddysh who was wide open as he finished with a five-hole goal to bump the Otters advantage to 3-1. Nick Betz collected a juicy rebound to increase the Otters lead to three with his third of the postseason. Minutes later Blake Speers scored his fifth of the playoffs to shrink Erie’s advantage to two. However, Devin Williams and the Otters held strong the rest of the game as Travis Dermott picked up the empty net goal to secure the 5-2 win.

Game five is slated for Friday at 7 p.m. in Erie as the Otters look to finish the series with a home-ice victory.

The Iron Worker’s Local Union No. 3 Ironmen of the game