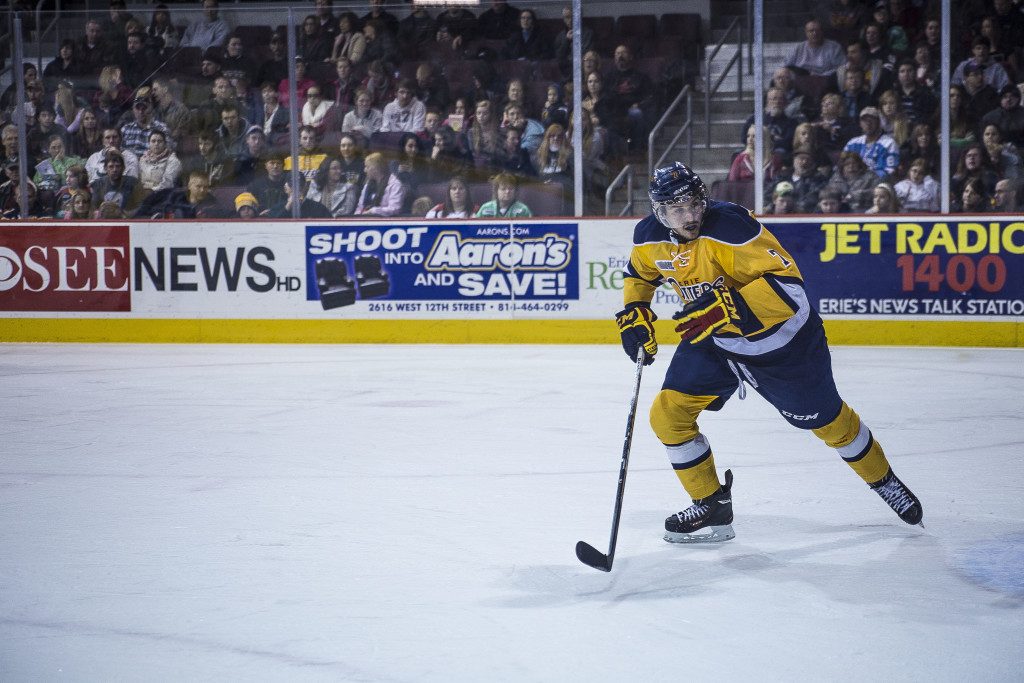 St. Catharines, ON – The Erie Otters became the second team this season to punch their ticket to the OHL’s postseason with a road victory over the Niagara IceDogs 8-1 at the Gatorade Garden City Complex.

The Otters kept the pedal down the entire game, routing the IceDogs on home ice. Erie scored four goals in the first 9:33 of the game to chase starting Niagara goaltender Blake Richard. Richard allowed four goals on nine shots in his time between the pipes. Kyle Pettit picked kicked off the scoring for the Otters at 4:01 of the first. Andre Burakovsky extended the Otters lead to two just 36 seconds later. Joel Wigle and Jake Evans rounded out the scoring in the first as Erie led 4-0 after one period of play.

Burakovsky tallied the only goal of the second period on the power play with just 42 seconds left in the period. The Otters entered the third with a 5-0 and looked to pad the stats as they notched another three goal period. Nick Betz, Connor Brown and Kyle Pettit upped the Erie total to eight. Eric Ming broke the shutout bid at 15:51 of the third, as the Otters finished the IceDogs by the score of 8-1.

Connor McDavid recorded three primary assists in his first game back after missing the last three. Devin Williams won his 17th game of the year on the evening. Erie will travel to Owen Sound for a pair of weekend matchups with the Attack Friday and Saturday.