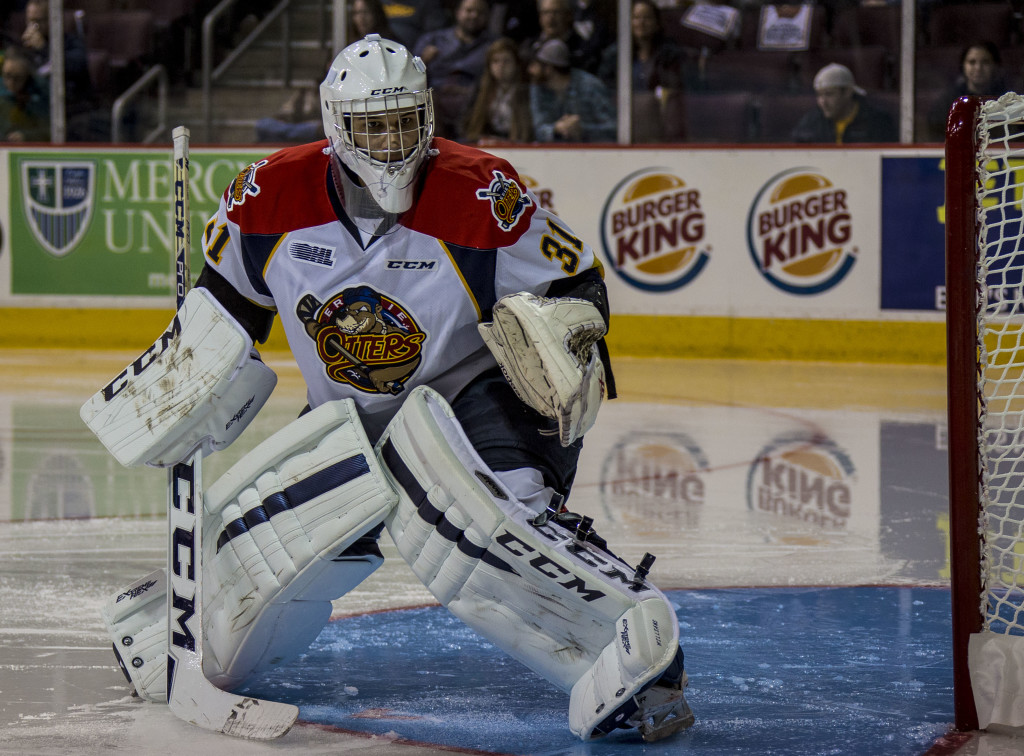 Devin Williams gave the Erie Otters a chance by making 42 saves despite only dressing five defensemen against the Kitchener Rangers.

The Otters got the fans into the game with an early first period goal scored by Dylan Strome as he tipped in a shot from Darren Raddysh. Following a five-minute game misconduct cross check by Jeremy Bracco the Otters found themselves on the power play to end the first period. Erie made Kitchener pay for the penalty when Alex DeBrincat scored his 40th goal of the season to make it 2-0.

Under 30 seconds into the second period Darren Raddysh launched a slap shot past Luke Opilka to give Erie a three goal cushion. In the span of less than a minutes the Rangers made it one goal game as David Miller and Adam Mascherin scored for Kitchener. Mascherin picked up his second of the game on a feed from Mason Kohn to level the game at three.

Three minutes into the third period the Rangers took the lead as Miller scored his second goal of the contest. Miles Liberati gave Kitchener the two-goal lead when he tapped in a cross-ice pass from Darby Llewellyn. Taylor Raddysh gave the Otters a chance late in the third period when he buried a rebound to make it a one-goal game. The Otters could not bag home an equalizer as the Rangers won 5-4.

The Otters play again on Monday when they faceoff against the Guelph Storm at 2 p.m.