Otters Comeback Falls Short, as IceDogs Hold on for 4-3 Decision 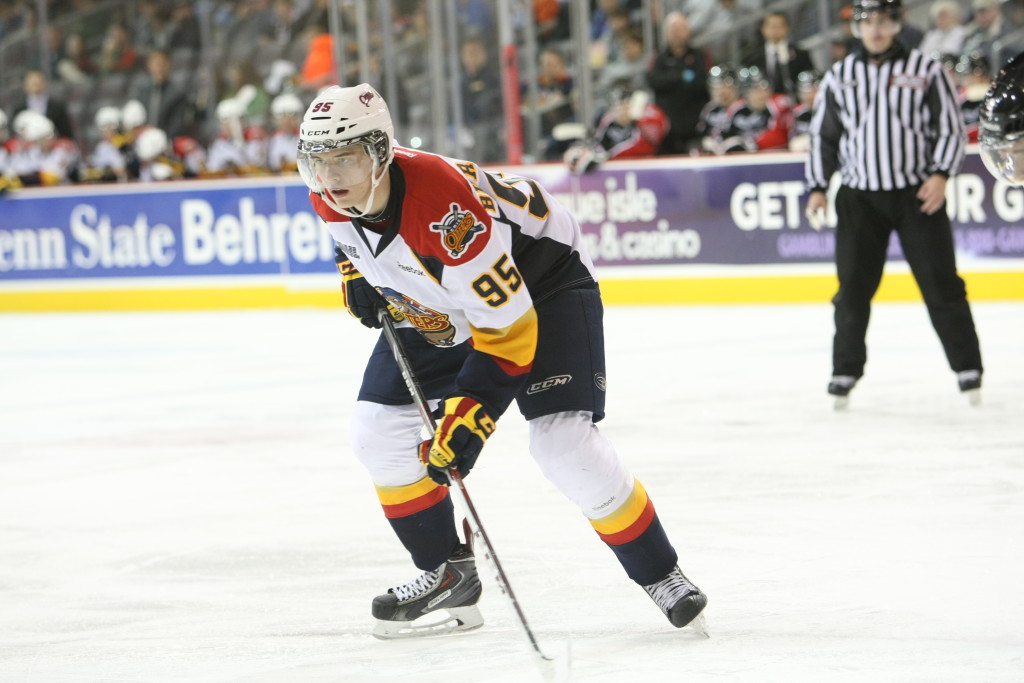 Erie, PA – The Erie Otters comeback bid fell short Friday night at the Erie Insurance Arena, as the Niagara IceDogs held on for a 4-3 win.

The Otters dropped consecutive games at home for the first time all season, as they could not overcome a three goal first period deficit. Niagara rookie goaltender Jon D’Ilario made his first career OHL start and slowed down the Otters offense enough to notch his first victory.

The second ranked power play unit in the OHL went to work early in the game, as Niagara scored on their first three chances. Carter Verhaeghe opened the scoring at 7:28 if the first, on an unassisted power play tally. Anthony DiFruscia added his first of the game at 13:05 in the first. Verhaeghe added his second power play goal of the night just three minutes later to give Niagara a 3-0 lead. Connor Brown got the Otters on the board late in the first period with a power play goal from Andre Burakovsky and Adam Pelech. The IceDogs led 3-1 after twenty minutes of play.

Anthony DiFruscia picked up his second of the night, with a power play goal in the second period. The Otters were outshooting the IceDogs 24-20 after two periods of play, but could not beat D’Ilario.

The Erie offense woke up in the third with Andre Burakovsky applying the spark. Burakovsky notched his 25th of the season to make it a two goal game. Burakovsky would tally once more on the power play late in the third to bring the Otters within one. The late surge with the goalie pulled was unable to put the tying goal past Jon D’Ilario, who stopped 37 shots on the way to his first OHL victory.

Andre Burakovsky extended his point streak to 13 games with his three point night. Connor Brown tied Zack Torquato’s single season assist record of 62 with a helper on Burakovsky’s first goal of the night. Erie heads to the road for their next five games, taking on the Belleville Bulls Saturday night.