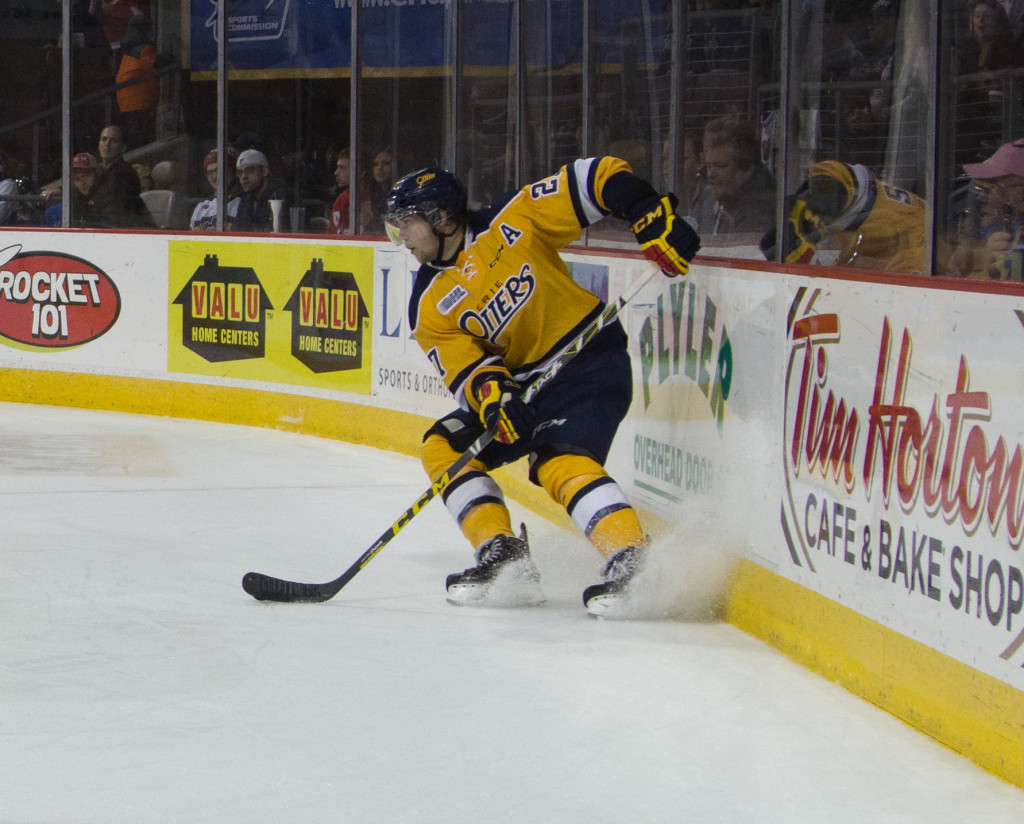 Alex Nedeljkovic held the Erie Otters at bay as his Ice Dog teammates put three goals past Devin Williams in a 4-1 Niagara victory.

The Otters were granted some great opportunities in the first period, in which Niagara presented Erie with four power plays. Despite the chances, the period ended scoreless.

Niagara claimed the first goal of the game just over 30 seconds into the second period when Vince Dunn scored his 10th of the season. Jake Marchment helped the Otters level the game in the middle of the period when he tipped a shot by Nick Betz past Nedeljkovic. With only 17 seconds remaining in the frame Jordan Maletta jammed home the Ice Dogs go-ahead goal.

Erie came out in the final period searching for an equalizer, but Niagara took the wind out of the Otters sails with a goal two minutes in. Pavel Jenys received a crisp pass from Josh Ho-Sang and quickly directed it past Williams to grab the two-goal lead. Head coach Kris Knoblauch pulled Williams with two minutes left in the game in order to supply the team with an extra skater. The additional attacker did not pay off as Josh Ho-Sang scored the empty net goal to secure a 4-1 win.

The Erie Otters are back in action Friday against their Midwestern rivals the London Knights at 7:00 p.m.