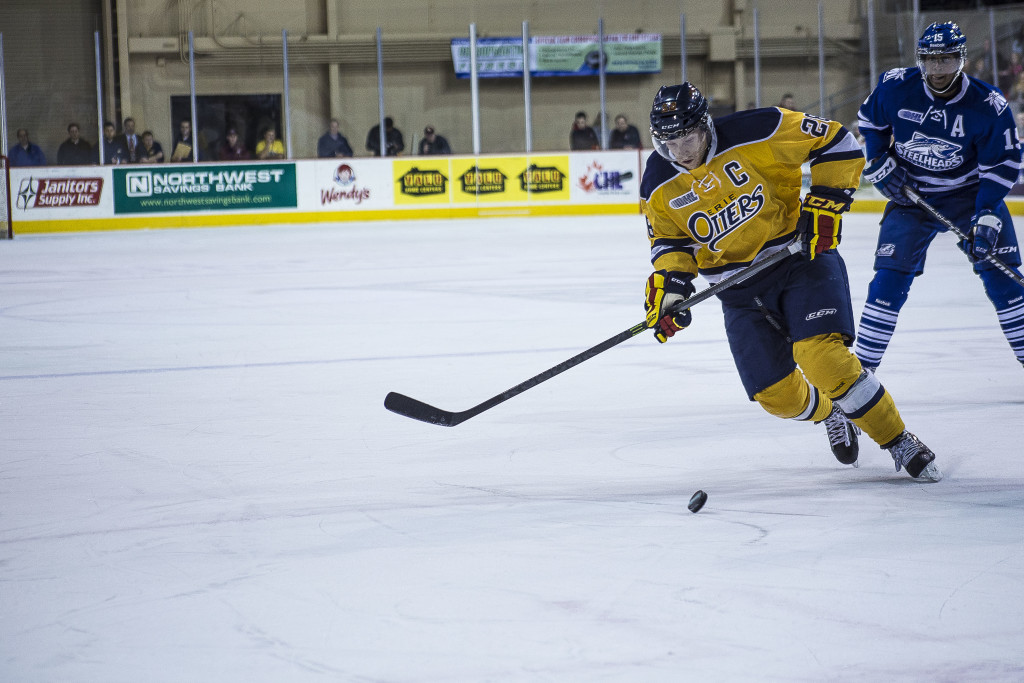 The Otters were without the services of Connor McDavid for the second straight game, but had another Connor to make up for it. Connor Brown recorded a four point night, including the hat trick to lead the Otters to the win.

Brown opened the scoring at 5:09 of the first period. The best power play unit in the league went to work late in the frame, with Brendan Gaunce redirecting an Andre Burakovsky pass for the game’s second goal. The Otters entered the intermission with the lead, and never looked back.

Scott Laughton would bring the Generals within one early in the second period with a power play goal at 4:39. Connor Brown answered that with his 34th of the season at 14:40 of the second, regaining the two goal lead before the intermission break.

Oshawa looked to make their comeback in the third when Dylan Smoskowitz made it a one goal hockey game just two minutes into the period. Connor Brown again gave the Otters a two goal lead with his league leading 16th power play of the year, completing the hat trick on the night. Brown’s third of the night would chase starting goaltender Daniel Altshuller to the bench for the remainder of the game. Petchenig again made it a one goal game with a point shot that beat Erie net minder Oscar Dansk. Erie again made their way to a two goal lead as Kyle Pettit back handed a puck in the crease past Ken Appleby to take a 5-3 lead. Scott Laughton put home his second of the night with under two minutes to play, but it wasn’t enough for the Generals as Erie held on for the 5-4 final.

Oscar Dansk picked up his 21st victory of the year on the night. Connor Brown entered the Erie Otters record book by breaking Zach Torquato’s single season assist record of 62, when he notched his 63rd assist of the year on Gaunce’s first period tally. The Otters will travel to Belleville Monday to makeup Saturday night’s postponed game. Faceoff is set for 7:05.