Otters get Redemption Versus Attack 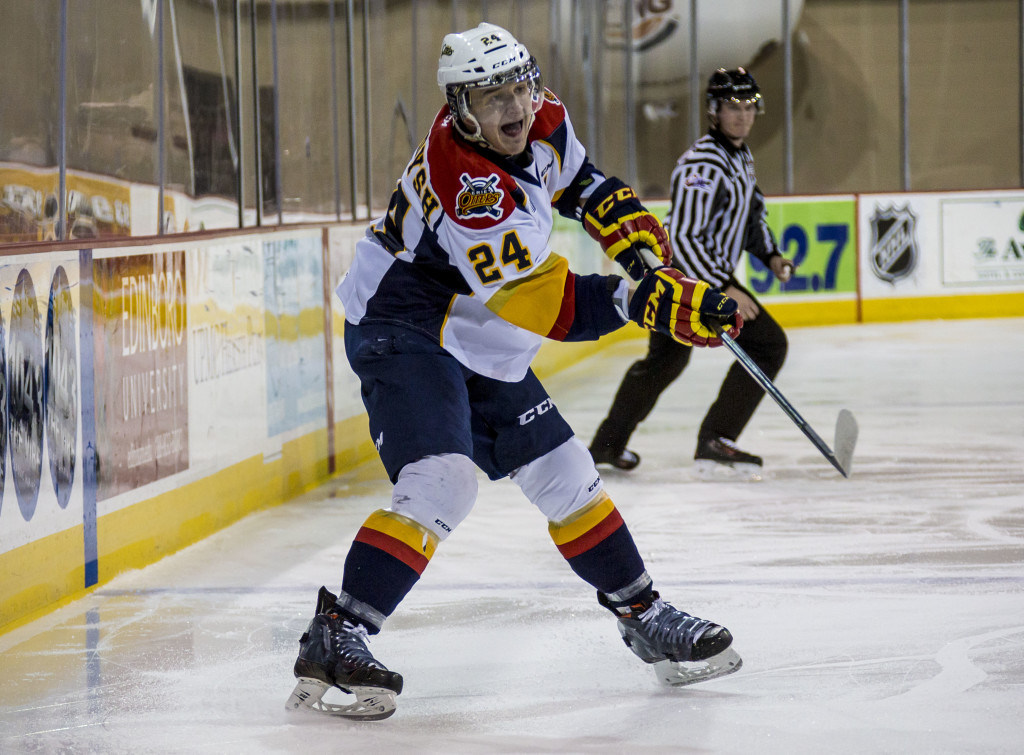 After falling down one in the first period the Erie Otters scored three unanswered goals in the second period to boost Devin Williams winning streak to seven games.

Williams was a rock in the net for the Otters stopping 22 of 23 Owen Sound Attack shots.

Emotions were running high from the previous contest, as both teams were playing aggressive and battling to pot an early goal. The Attack grabbed the first goal of the afternoon as Nick Suzuki launched a one-timer past Williams.

The Otters changed the tides of the game a quarter of the way into the second period. Erie quickly went up 2-1 following two goals in 29 seconds. The initial Otters goal was scored by Alex DeBrincat on a beautiful feed from Dylan Strome behind the net. Seconds later Kyle Maksimovich jammed home a rebound to give Erie their first lead of the weekend. The Otters expanded their lead to two when Darren Raddysh rocketed a shot by Michael McNiven. Emotions boiled over as Jake Marchment dropped the gloves with Jonah Godjovich later in the middle period.

Williams and the Otters made it through the third period unscathed as Erie glided to a 3-1 win over the Attack.

Erie has four days off before they travel to Kitchener to take on the Rangers at 7:30 p.m. Friday, January 22.