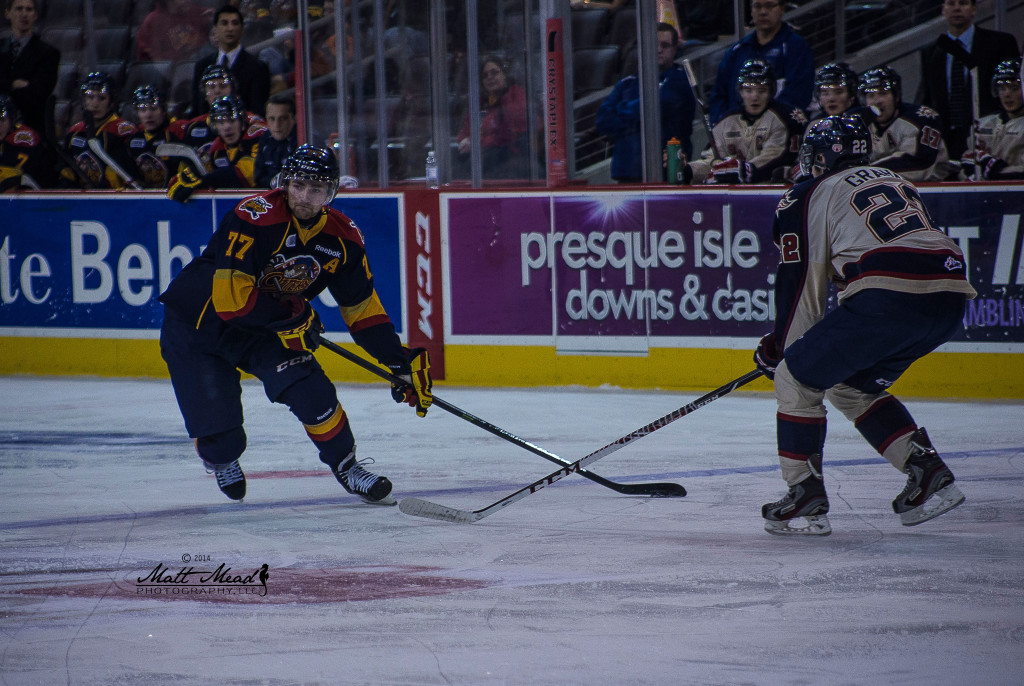 The Otters came out with the hop early, scoring three goals in the first five minutes of the game. Michael Curtis picked up his first of the night at 2:11 of the first. Former Otter Luke Cairns tied the game just 26 seconds later. Patrick Murphy teamed up with Quentin Maksimovich to hand the Otters the lead back just 90 seconds later. Curtis added his second of the night shortly after the Murphy tally, as he banged home another Andre Burakovsky rebound off of Spirit goaltender Jake Paterson. Erie led 3-1 after the first period.

The Otters power play went to work in the second period. A heads up play from Oscar Dansk caught the Spirit in the midst of a change. Connor Brown set up Brendan Gaunce for his 26th of the season to take a 4-1 lead.

Saginaw’s Jimmy Lodge added a late power play goal in the second cut the Otters lead to two. Erie kept the foot to the pedal in the third with 13 shots on goal and multiple offensive chances. Dansk shut the door as the Otters held on for the 4-2 victory.

The Otters travel back home to take on the Plymouth Whalers Wednesday night at the Erie Insurance Arena.