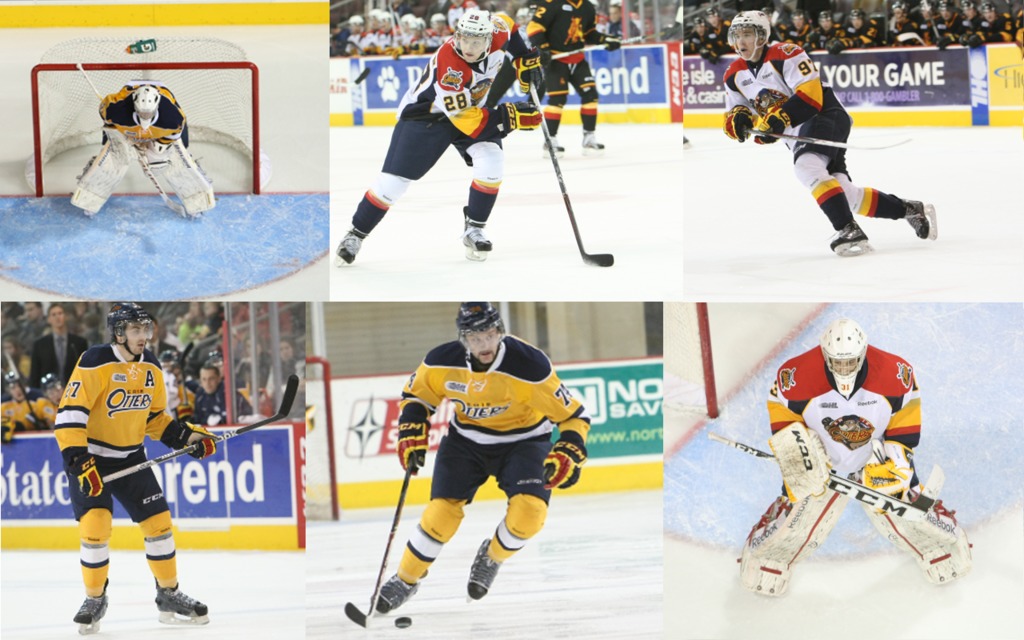 It’s not too often a team can boast about having leaders in nearly every statistical category in a league, but this season’s Erie Otters club has that opportunity. Take a scroll through the Ontario Hockey League’s leaders page, members of the Erie Otters are bound to be near the top of multiple categories. These numbers also led to league recognition in the monthly top performers as six different Otters have been recognized over the first four months of the season.

The Erie Otters have owned the OHL Player of the Month honor this season, taking three out of the four months it has been handed out with Connor Brown recently taking home the accolade in January. Brown led the league in scoring during the month with 13 goals and 29 points over 12 games played in the first month of the New Year. Dane Fox was named Player of the Month for his performance in November. Fox tallied 15 goals and 29 points in the month leading all scorers. Connor McDavid took the first OHL Player of the Month award back in October, when he collected a league high 19 assists and 23 points in just ten games played.

For the Otters, this is the second time in franchise history that the team held OHL Player of the Month three times in a season. Cory Pecker took home the league honor in three straight months from January to March of 2002.

“When the team’s playing well, certain individuals play well,” Otters Head Coach Kris Knoblauch said of the team’s individual success. “It is a bit of a team award even though the individuals are recognized. But certainly congratulations to those players because they’ve been doing a lot of the work for the team.”

The Otters have had a few goaltenders honored over the team’s 17 year history with Ramis Sadikov last named in February 2011. Erie goaltenders swept the first two months the Vaughn OHL Goaltender of the Month was handed out. Oscar Dansk took October’s nomination with a perfect 8-0-0-0 record over the month, while posting a league low goals-against-average of 1.75 and a .921 save percentage. The Columbus Blue Jackets prospect also recorded two shutouts in the season’s first full month.

Devin Williams stepped up the following month to give Erie their first back-to-back Goaltender of the Month awards since Adam Munro took home October and November’s back in 2000. Williams posted a flawless record going 9-0-0-0 including two shutouts in November with a goals-against-average of 1.95 and save percentage of .925.

Defenseman of the Month is the one honor that has eluded the Erie Otters over the team’s history. Adam Pelech changed that with his January performance where he led all blue liners with 17 points in his ten games played and posted a plus-13 plus-minus rating during the month of January. Pelech became the Otters first defenseman to be named best of the month.

“I’m certainly happy that they do get rewarded,” Knoblauch said. “They’ve been playing so well all season and for them to get some accolades it’s certainly nice to see.”

The team’s success has helped showcase these Otters as the season has gone along. With a playoff position already in their possession, the team is still looking to lock down the top spot in the Western Conference. Someone has stepped up in each month so far this season, so look for an Otter or two to be named best of the month in February or March as the push for the playoffs continues.