Otters pick up 9 in a row with win in Plymouth 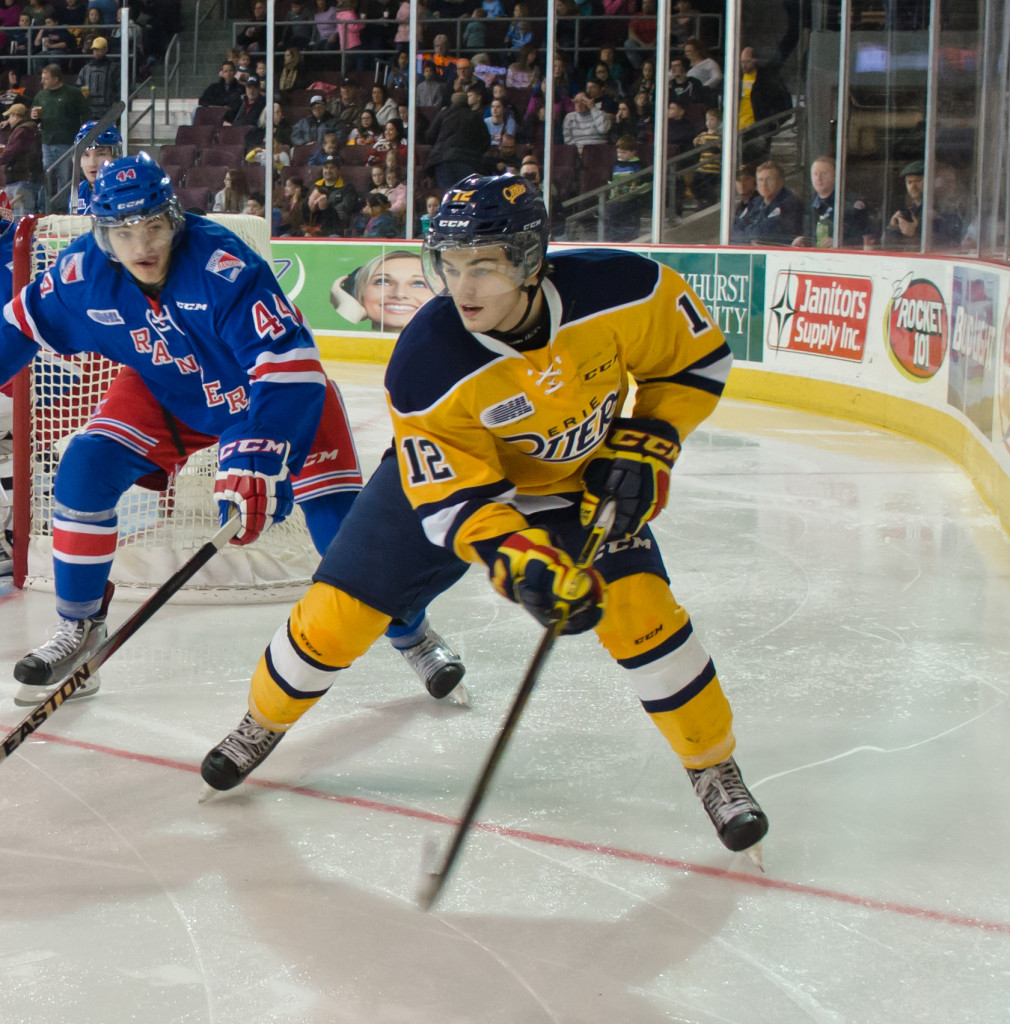 Plymouth, Michigan – The Erie Otters picked up their ninth win in a row and their forty-ninth of the season with a 5-1 victory over the Plymouth Whalers Saturday night. Alex DeBrincat scored his fiftieth goal of the season in the third period.

The final first period in Plymouth might not have held much scoring, but there were great saves on both ends. Alex Nedeljkovic robbed Connor McDavid twice, keeping the Otters off the board. Dylan Strome came in strong on the Plymouth netminder, but Nedeljkovic stuck his pad out just in time. A review was called for a potential McDavid goal, but the call on the ice stood.

The second period was an entirely different story. Just over two minutes in, McDavid found Strome right in front of Nedeljkovic and Strome fired the puck top shelf for the opening goal. A minute later, McDavid came flying in on Nedeljkovic on a breakaway and buried the puck for a two-goal lead. After killing a penalty to Mason Marchment, Taylor Raddysh put the Otters up 3-0 with his twenty-first of the season. The Whalers had a chance at the end of the period, but Daniel Dekoning stopped the Plymouth chance.

Penalties started the third period with Plymouth killing two before Erie killed a penalty to Travis Dermott. Nedeljkovic stopped Strome, but he couldn’t stop DeBrincat. The rookie slipped the puck around the pad of Nedeljkovic for his fiftieth of the season. With Kyle Maksimovich in the box for hooking, Bryce Yetman scored the final goal for the Plymouth Whalers, making it 4-1. With Nedeljkovic on the bench, Strome fed Maksimovich, who popped the puck into the empty net for the 5-1 final.

DeBrincat becomes the first Otters rookie to score 50 goals, now only two points away from 100 heading into the final game of the regular season. Only two other Otters have scored 50 goals – Dane Fox and Cory Pecker. With 124 points after a three-point night, Strome sits two points behind Mitchell Marner for the scoring title. Marner’s Knights have already finished their season.

The Otters conclude the regular season Sunday afternoon in Niagara at 3 p.m.