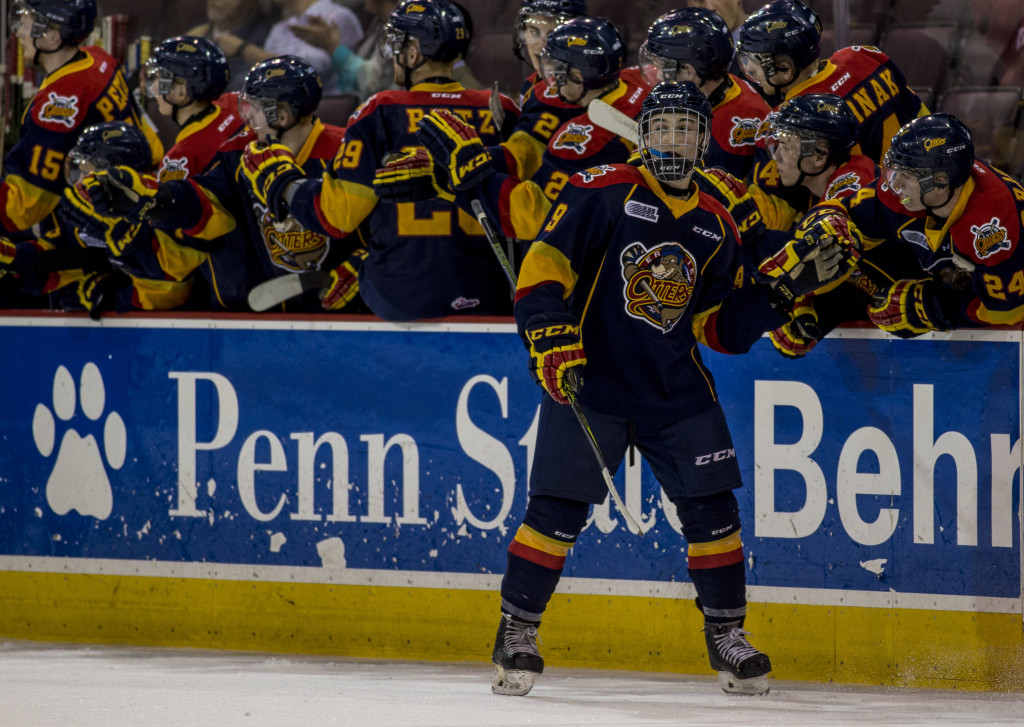 Dylan Strome and Alex DeBrincat led the charge for the Erie Otters as they each potted a goal and two assists in their 7-3 victory over the Saginaw Spirit.

The Otters caught a break in the first period when Kyle Maksimovich was hit with a high-stick, resulting in a four-minute power play. On the man advantage Taylor Raddysh picked up a rebound goal to break the ice. Over a minute later on the same power play DeBrincat collected his first of the playoffs with assists to Jake Marchment and Strome.

At the start of the second frame Erie drew a penalty allowing Strome the time to snipe a puck past Evan Cormier to bump the lead to three. At the midway point of the period Mitchell Bryne captured his first playoff point with goal on a shot from the point to nudge the advantage to four goals. Later in the period Jesse Barwell collected his second shorthanded goal of the series following a neutral zone turnover. Erie reclaimed the four-goal advantage as Maksimovich batted in his second tally of the series.

Over eight minutes into the final period Connor Brown potted a goal after some tic-tac-toe passing from Hayden Hodgson and Matthew Kreis to make it 5-2. The Otters answered at the halfway point of the third when a sick pass from Nick Betz found Patrick Fellow that he buried to make the score 6-2. Saginaw answered with five minutes left as Brady Gilmour scored. Kyle Pettit sealed the deal with an empty net goal to bump his series total to three goalsand the Otters series lead to two.

The two sides have a day of rest before the meet again in Saginaw for game three at 7:05 on Tuesday.