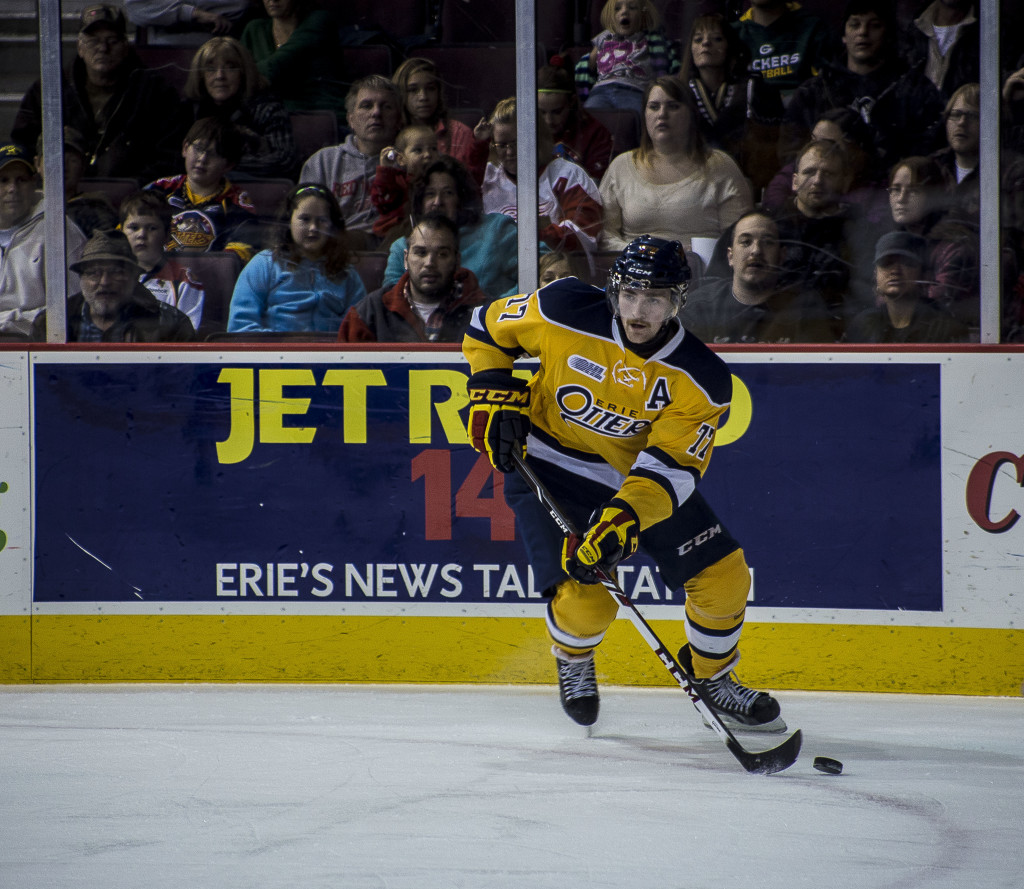 Owen Sound, ON – The Erie Otters were able to hold off the Owen Sound Attacks late charge in a one goal game as the Otters take Friday night’s game 4-3 at the J.D. McArthur Arena in the Harry Lumley Bayshore Community Centre.

The Otters controlled play for most of the first period, owning 15 of the 18 shots on goal registered in the first period. Attack goaltender Brandon Hope kept the game close as he only allowed one goal in the first 20 minutes. Connor McDavid tipped home a Troy Donnay point shot midway through the period to give the Otters a 1-0 lead, which they held to the intermission.

Erie came right back out in the second looking to pile on to their lead. Brendan Gaunce registered his 23rd of the year after he got some help from Owen Sound forward Daniel Milne, who crashed into his goaltender knocking a loose puck into the net. Gaunce then set up Michael Curtis shorthanded at 6:43 of the second period.

There was no quit in the Attack as they battled back late in the frame. Kyle Platzer beat Otters net minder Oscar Dansk over the glove on the power play to get Owen Sound on the board. Zach Nastasiuk scored 1:48 later to make it a one goal hockey game at the end of two periods.

Andre Burakovsky reestablished the Otters two goal lead when he poked a puck towards a sprawling Brandon Hope. Hope tried to freeze the puck with his blocker hand, but in the attempt ended up knocking the puck into the net, making it a 4-2 hockey game in favor of Erie. Owen Sound would get some heroics from Nastasiuk, who brought the Attack within one on his power play goal at 14:43 of the third. Owen Sound would add the extra man late in regulation, but could not beat Dansk to tie the game as Erie held on for the 4-3 decision.

The Otters and the Attack will face off for their final matchup of the season Saturday night from Owen Sound at 7:30 p.m.