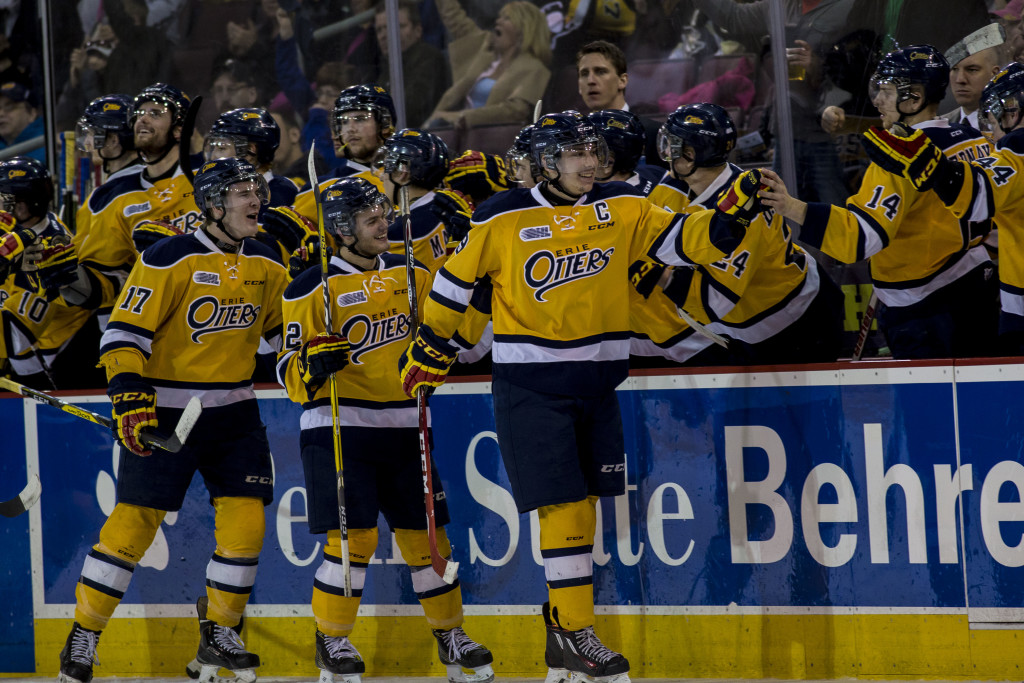 Two goals by Dylan Strome and 15 saves by Devin Williams helped the Erie Otters win 3-1 over the Sault Ste. Marie Greyhounds and jump to a 2-0 series lead.

After neither side could put at puck past Williams or Brandon Halverson the Otters drew first blood early in the second. Nick Betz was the man who put Erie on the board with a wicked slap shot from the point; helpers were dealt to Jordan Sambrook and Patrick Fellows. In the middle of the period Strome snuck a puck behind Halverson to give Erie the 2-0 advantage.

The Hounds erased the zero on the scoreboard as they picked up a power play tally when Blake Speers wrist shot found its way through the wickets of Williams in the third. As time ran down Greyhounds head coach Drew Bannister pulled Halverson for the extra attacker, however it was to no prevail. Strome hammered the final nail in coffin with an empty net goal to secure the 3-1 victory.

The two sides will meet again on Mondays in Sault Ste. Marie at 7:07 p.m.