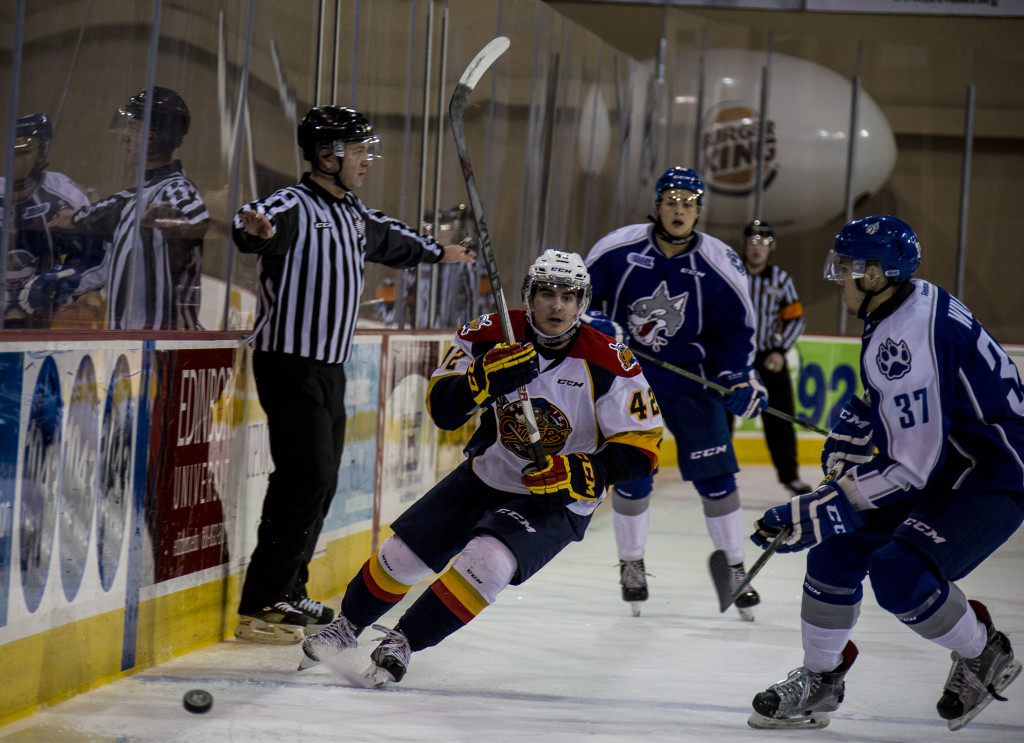 The Mississauga Steelheads handed the Erie Otters their second loss in a row and first back-to-back regulation losses of the season.

Mississauga broke the deadlock when Nathan Bastian scored following a dish from Alexander Nylander. Following a five-minute game misconduct on Travis Dermott, Daniel Muzito-Begenda put the biscuit in the basket for the Steelheads to take the two-goal lead. Minutes later on the same power play Muzito-Begenda got his second goal of the night. Less than 30 seconds later Everett Clark put one in the back of the net for the Steelheads to go up 4-0.

Kyle Maksimovich erased the zero on the board when he came storming into the Steelheads zone and ripped a shot over Jack Flinns glove to score. A few minutes later Alex DeBrincat dropped a pass for Dylan Strome who launched a wrist shot into the Mississauga net to shrink the Steelheads advantage to two. At the midway point of the third period DeBrincat made it a one-goal game when he slid in his 39th goal of the season.

30 seconds into the final frame Nick Hague unloaded a howitzer from the point that blew past Jake Lawr to reclaim the Steelheads two-goal lead. With six minutes left in the third period Haydn Hopkins jammed home a rebound to collect his first goal as an Otter to shrink the deficit to one. However it was to little to late as Flinn held strong to secure a 5-4 victory for Mississauga.

The Otters will try to regain momentum as they take on the Kitchener Rangers tomorrow at 7 p.m.